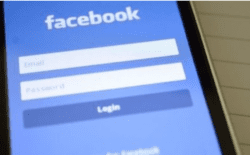 The report criticized Facebook for failing to disclose the existence of its “cross-check” content review system, the details of which were leaked to The Wall Street Journal by Frances Haugen and published in September. The cross-check system applies different moderation standards to accounts belonging to celebrities or other popular accounts, which Facebook did not disclose when asked.

“In the Board’s view, the team within Facebook tasked with providing information has not been fully forthcoming on cross-check,” the report read. “On some occasions, Facebook failed to provide relevant information to the Board, while in other instances, the information it did provide was incomplete.”

The Oversight Board consists of academics, business leaders and other experts appointed by Facebook, though the board is meant to operate independently from the tech giant in reviewing certain high-profile content moderation decisions and business practices. Mark Zuckerberg said when establishing the Board that it will be “an advocate for our community.”

The report also called for greater transparency for Facebook users, pointing out that many are “left guessing” as to what Facebook’s content moderation rules actually are and reprimanding Facebook for “not treating (users) fairly.”

“Our recommendations have repeatedly urged Facebook to follow some central tenets of transparency: make your rules easily accessible in your users’ languages; tell people as clearly as possible how you make and enforce your decisions; and, where people break your rules, tell them exactly what they’ve done wrong,” the report read.

Facebook’s Oversight Board Says Company Hid Details On How It Privileges Popular Accounts is posted on Conservative Daily News – Where Americans go for news, current events and commentary they can trust – Conservative News Website for U.S. News, Political Cartoons and more.