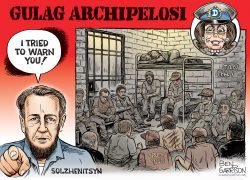 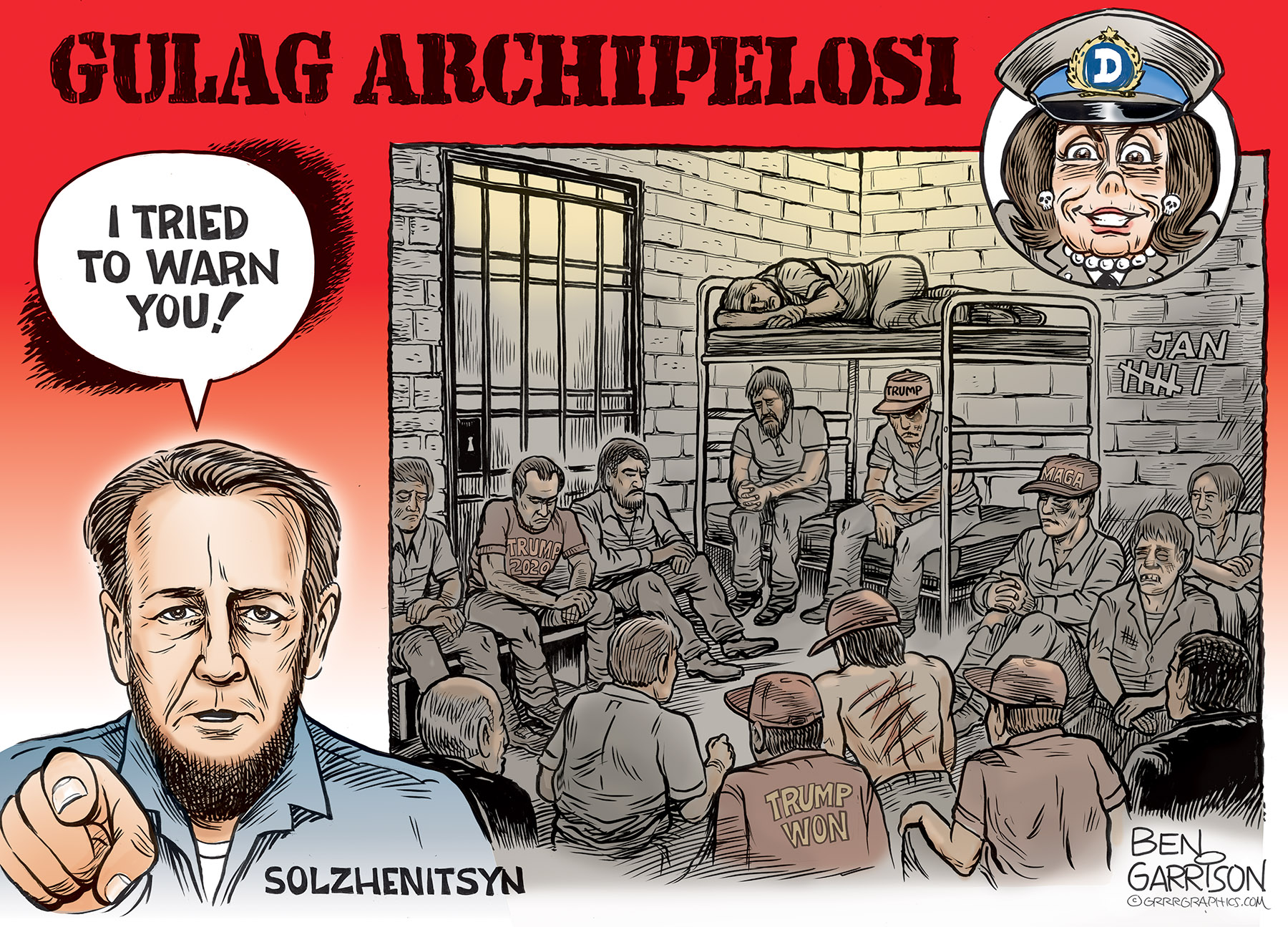 Imagine being whisked off a city street in broad daylight, thrown into a waiting car, and then driven to an ominous prison. You are stripped searched and your belongings, including your shoelaces and belt, are confiscated. Without explanation, you are tossed into a cell crowded with other prisoners. Then, without being charged, you are marched before an interrogator who asks you to sign a form that states you are an anti-State terrorist. If you do not sign, he beats you until you do.

This was a routine occurrence at the Lubyanka Prison in Moscow during Stalin’s years of purges. Some prisoners were shot in the back of the head. Others drew very long sentences in the gulag system.

Don’t think that can’t come to America? Sure it can. The foundations are already being set.

The security agencies have been politicized. They are eager to set up and encourage crimes so they can round up those who resist the Democrats’ quest for permanent power.

Meanwhile, those who are connected with the upper echelons of Commiecratic power can do as they please. They won’t be arrested. Swalwell can sleep with a communist spy from China and brag about it as he sits on the Intelligence Committee. Biden can use his son to collect graft. Biden took an oath to protect our borders. Instead, he leaves them wide open and even uses the military to fly them to locations across the country. That’s criminal. That’s treason. Nothing happens. Hillary can conduct pay-for-play in plain sight. She’s not locked up. A presidential election is stolen in plain sight, but Biden’s regime remains in power. When Lenin and his Bolshevik Party were soundly defeated in a free election they simply used force and took over. That’s what the Marxists Democrats did.

Communists are obsessed with stamping out any political competition. The Marxist Democrats and RINO Republicans, led by Pelosi, are determined to stamp out all vestiges of Trumpism. Pelosi is consumed by hatred and her desire for revenge.

They’ve already locked up many of Trump’s supporters who had the temerity to walk into the capitol and protest a stolen election. Pelosi and the FBI made sure the capitol doors stayed open. I’ve read that some Trump supporters have been mistreated while in prison. One received an outrageously long sentence while those burning and looting our cities last summer were immediately released if they were even arrested.

Trump supporters are now being called ‘terrorists’ by the Marxist Democrats. If tyranny comes, can gulags be far behind?

Princess Anne: The Queen’s daughter is ‘a true style icon’ for this reaso