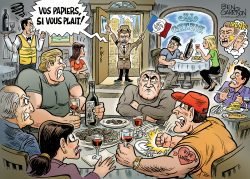 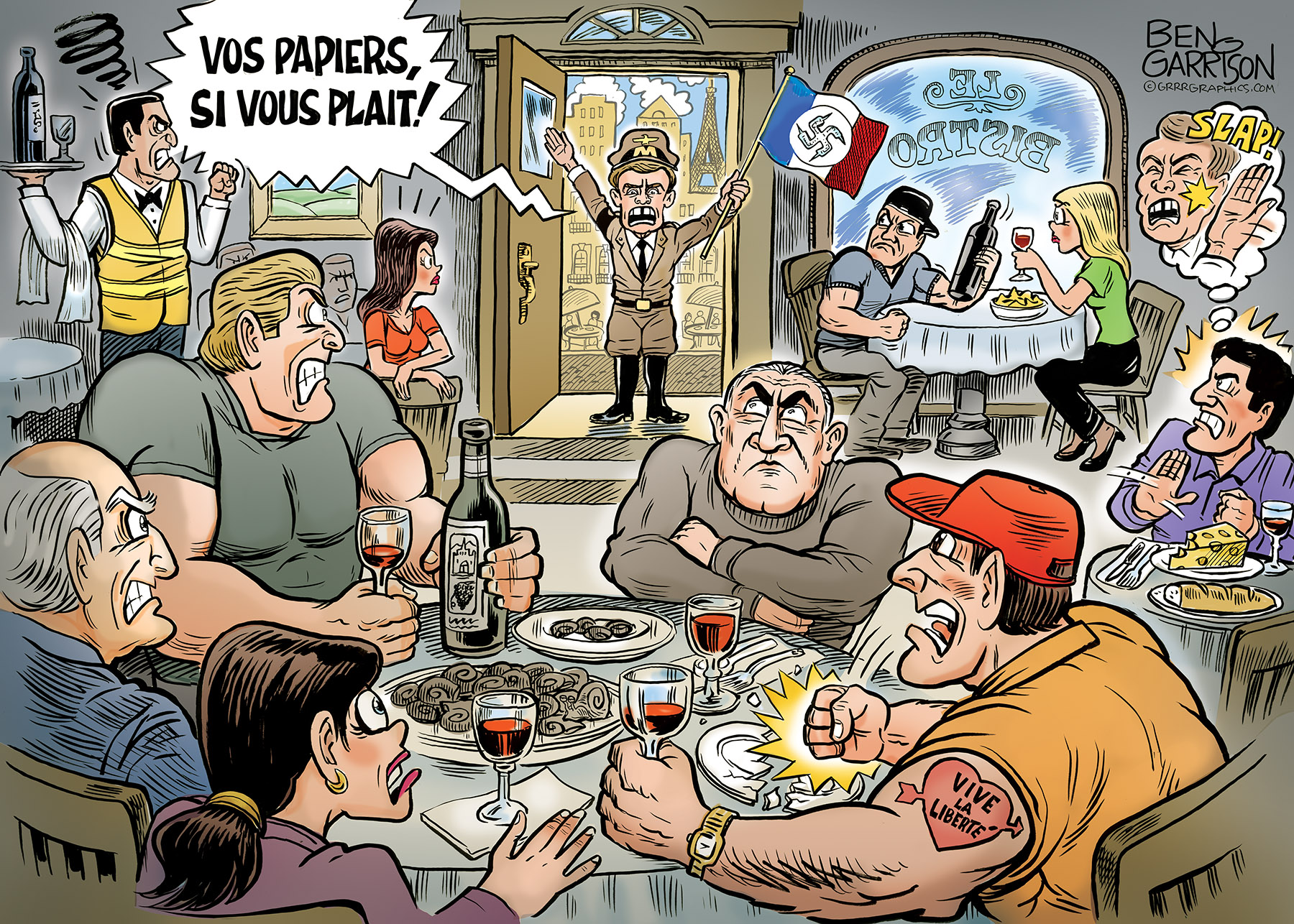 The New Nazis In Town

French President Emmanuel Macron wanted to ram through a ‘vaccine passport,’ which would have become necessary for the people of France to enter places such as cafés, shopping centers, and bistros. If the owner of a commercial establishment did not confirm the status of each and every customer, huge fines could be levied.

This tyrannical mandate enraged the French people and they conducted a massive protest. As a result, Macron had to back off and delay the passport. Such a plan will not go away, however. Macron is controlled by the central bankers and the global ruling elitist class. He does as he’s told.

Still, this is a good lesson for Americans. If the Biden Regime attempts to force vaccine passports on us, we need to hit the streets and protest. The Constitution does not say all of our liberties can be tossed out the window in the face of a concocted ‘medical emergency.’

We must push back against big government’s relentless encroachment on our liberty and privacy. The Constitution does not end when a pandemic begins.