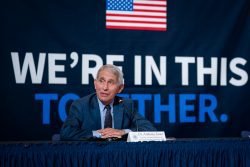 Headline #1:      Fauci Has a Really Bad Week, with Exposing Emails and Lab-Leak Likelihood

On Tuesday, thousands of emails from the unassailable Dr. Anthony Fauci were released to the press as part of a Freedom of Information Act (FOIA) request, and many of those emails showed Fauci in a bad light and perhaps even perjuring himself during Senate testimony. Additionally, more information became available throughout the week pointing to China’s lab in Wuhan as the origin of the COVID pandemic. Fauci’s credibility is plunging.

Headline #2:      Clear Directives Were Given to Avoid Lab Leak Theory in Blatant Cover-Up

Multiple sources, including both Vanity Fair and former Secretary of State Mike Pompeo, detailed concerted efforts by government officials to shutdown pursuit and analysis of the theory that the COVID virus originated in the Wuhan Laboratory of Virology in late-2019.

Brazilian-based meat producer JBS, the largest meat producing company in the world, had their North American and Australian operations’ systems hacked on Sunday with ransomware by a Russian hacking gang known as REvil, shutting down operations for days.

As detailed Wednesday by Politico, Congressional Democrats are getting cold feet at the prospect of massive tax increases as proposed by President Biden.

Headline #5:         Another Black Man in Minneapolis is Shot by Law Enforcement

Though not named by police, a man apparently known as Winston Boogie Smith Jr., a 32-year old father of three, was shot dead by sheriff’s deputies on Thursday afternoon during an effort by a U.S. Marshals task force to apprehend Smith for illegal firearm possession. According to the Marshals Service, Smith had been identified in a parked car, was given instructions by the officers to which he didn’t comply and at which point he “produced a handgun resulting in task force members firing upon the subject.”

Fauci in Freefall, COVID Cause Covered Up, and Whack the Hackers: The Week in Review is original content from Conservative Daily News – Where Americans go for news, current events and commentary they can trust – Conservative News Website for U.S. News, Political Cartoons and more.