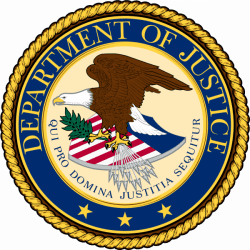 The Department of Justice’s more than $35 billion budget request for 2022 reflects the agency’s mission, Attorney General Merrick Garland said during his opening remarks before a House Appropriations subcommittee on Tuesday.

“I ask for your support for our budget as the entire Department works to ensure adherence to the rule of law, protection of public safety, and equal justice for all Americans,” Garland said during the hearing.

The proposal includes $45 million for FBI investigations into domestic terrorism and $40 million to assist U.S. attorneys in handling increased caseload related to those investigations. It also requests an additional $33 million to address discrimination and $304 million more for programs that address “systemic inequities” in policing.

The DOJ has charged more than 400 individuals in connection with the Jan. 6 riot at the U.S. Capitol, CNN reported. Domestic terrorism cases have increased overall in recent years, according to the Center for Strategic and International Studies.

Garland asked for a whopping $1 billion for the DOJ’s Office of Violence Against Women. Part of those funds would go towards replenishing the national rape kit backlog.