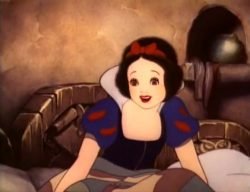 Does it seem like you’re living in a cartoon when you watch the news these days?

People everywhere are pretending that a virus that is 99.86% non-lethal is the greatest crisis facing America.

Pardon me, but I think full-blown Communism is the biggest threat facing America, and the people who continue to lie to us about coronavirus are using it as an excuse to get us there as quickly as possible.

Here are just a few of the fantasies we are expected to play along with and pretend:

Biden offered giveaway after giveaway to the Left’s favorite victim groups, so as to paint him as magnanimous and caring. Never mind that it’s our money, that it will be used to redistribute wealth from those who earned it to those who didn’t.

Never mind that this poison apple of the welfare state leads to authoritarianism and will kill our economy, our work ethic, free will and self-determination. and that the misery index for everyone will be the only thing that will ever boom again.

The plan is to leave Americans defenseless and unconscious just like Snow White.

Remember how naive she was to think that she could have whatever she wanted by trusting an old woman who was really the evil queen?  The wicked queen wrapped her poison in a pretty package, a shiny delicious apple.

Snow White wanted to find her true love so badly, she took a bite.  Wasn’t there some forbidden fruit that was mentioned in the bible too?  That didn’t turn out well either.

Will Americans be just as naive as Snow White?

Joe Biden and the Democrats’ Poison Apple is original content from Conservative Daily News – Where Americans go for news, current events and commentary they can trust – Conservative News Website for U.S. News, Political Cartoons and more.