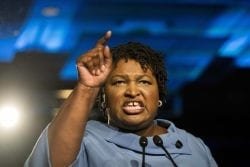 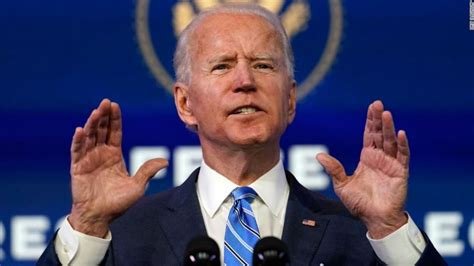 Joe Biden is fueling the Democrat mantra that we are an inherently systemic racist country. Kamala Harris who has yet to have an original thought stands by her man and echoes the same story. It works for them. It works for their base. It works for the Radical Left, and for AOC and the Squad, heck, it even works for Stacey Abrams. It does not work for me and my Conservative friends and we are sickened by it. In the words of that great Civil Rights antagonist, Maxine Waters…..Shut your mouth!

This was not a good week for the Democrats and showed them to not be the party to unify this country but to divide it like never before. Maxine Waters traveled to Minneapolis to rally the protestors in waiting. Yelling that nothing short of a GUILTY verdict in the Chauvin trial would be enough and the people have to be ready to elevate the game. The folks need to get more confrontational and make sure the world knows they mean business. What she did was to give the Chauvin defense team more ammo for appeal for her efforts at jury intimidation.

Joe Biden stuck his mask into a situation that no sitting President ever should be. He claimed that based on the magnitude of evidence there was only one “right” verdict and that is guilty. When did Joe get a chance to review the voluminous amount of evidence that the jury is charged to evaluate…..he didn’t. No wonder he was near the bottom of his law class. It was inappropriate and an uncalled-for statement. But what do we expect?

This is the face of systemic racism.

Just to remind everyone that it was Kamala Harris who called candidate Joe Biden a racist during the debates and also inferred he was a sexual predator based on the comments of a number of women during the same period. No proof but you have to believe the women. So how can she be the person standing behind her man, waiting for him to step aside when she has such negative feelings about his character? She can because she is a hypocrite and an opportunist. She knows Joe is her ticket to the Presidency. Maybe the biggest hypocrite in the lot is Joe Biden who was a friend and supporter of the late Senator Robert Byrd. Byrd represented West Virginia for 51 years and before that, he was known to have been a member of the KKK. So who is the bigger racist, Byrd or Biden? Flip a coin or simply call it a draw.

Joe Biden loves to use the talking points – systemic racism is and racism has been a stain on America for decades. So the obvious question to Joe is that you have been in Washington for over 50 years in a position of power to be able to impact race relations in America. What have you done or to show for half a century? He hasn’t got anything and that is a stain on him.

So Joe, until you have a plan, maybe something like Tim Scott had a few years ago that Democrats killed with a filibuster, maybe your best bet, and that goes for Kamala, Maxine, Nancy, AOC, and anyone else who want to fan the flames of racism, is to just say nothing because every time your lips move, you widen the divide you claim you were going to bridge.

Joe, Knock Off the Racism Chant is original content from Conservative Daily News – Where Americans go for news, current events and commentary they can trust – Conservative News Website for U.S. News, Political Cartoons and more.