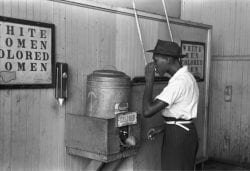 When I was young, Americans prided themselves in being part of the “great melting pot” — good times.  People from diverse cultures throughout the world could come here and become full-fledged Americans.  Our constitution provided a framework for anyone to become successful.  All that was required was determination and hard work.  In achieving the American dream, our forefathers shed their ancestral heritages and became enthusiastic Americans — and that was something to be proud of.  But we don’t melt anymore.  Now we categorize.  I blame it on the diversity movement.

The diversity movement was initiated by a number of universities in the 1960s.  It was initially conceived as a way to address genuine equal opportunity issues.  It was viewed by many organizations as a way to avoid lawsuits based on discrimination.  In the 1980s, Lewis Griggs coined the term “valuing diversity” — and that’s when it really took off.  The ideology of “valuing diversity” has infiltrated the human resources (H.R.) departments of most major corporations and spawned an industry.  A network of consultants and trainers now provide diversity training throughout government and the private sector.  It’s big money.  Unfortunately, its ideology runs counter to that of a “great melting pot.”

I have an example to illustrate its corrosive nature.  At the behest of our H.R. department, the company I used to work for created a diversity council.  It comprised representatives from numerous racial, ethnic, sex, disability, and religious groups.  Its mission was to create a company environment that was welcoming to all of the above groups.  The council wanted a high-level executive to be a member, to give them some “juice.”  They asked the company president to assign my boss to the council.  Bob was a retired admiral and 100% proud American.  He was also descended from Latino ancestors.  As a person “of color,” he’d be an automatic supporter of this initiative.  All minorities think alike — don’t they?

Bob had me tag along for his first Diversity Council meeting, because every admiral needs at least one aide in tow.  The council set about their mission with a brainstorming session.  “We should have a Kwanzaa day in the factory.”  “There should be a gay pride day as well.”  “Maybe we could have an ethnic food day in the cafeteria.”  This went on for hours.

Bob listened to everyone’s ideas quietly.  At the end of the meeting, he provided his own input.  “The key is to help people from different cultures assimilate into our culture.”  That single sentence ended Bob’s involvement in the Diversity Council.  He was asked to leave and never come back.  That’s when I had an epiphany.

You see, “melting pot” is a metaphor for “assimilation,” and assimilation wasn’t the goal of the Diversity Council.  That line of thinking was just a little too diverse for the Diversity Council.  They wanted diversity — as in maintenance of our differences.  They did not want assimilation — creation of a shared culture.  The very words “valuing diversity” call for elevating the importance of our differences over our similarities.  If our inherent humanity is of lesser value than our racial identity, we shouldn’t be surprised that saying, “All lives matter” is now considered racially insensitive.  Who could’ve seen that this was the end result of “valuing diversity”?

Whether intentional or not, diversity ideology has become another framework to keep us all separated.  By valuing and encouraging our differences, we’re reinforcing (strengthening) the things that separate us.  We’re raising, not lowering, the walls.  After fifty-plus years of attempting to desegregate, now even the civil rights movement is telling us to segregate again.  A number of colleges are even having separate graduation ceremonies for different minority groups — and it’s reported as though it were a good thing.  What’s next — separate dining rooms?  There’s a word for a system of separate treatment — apartheid.  I thought that was supposed to be a bad thing.  I guess it becomes good when the right people ask for it.

So what have we achieved after generations of trying to rid our society of racism?  Hyphenated citizenship:

The very groups that demanded desegregation in the ’60s are now self-segregating.  Does anybody think this is good?  Before you answer, remember that we just suffered through a summer of watching our cities burn to the ground — and we’re bracing for an encore again this year.  All because we no longer trust those outside our assigned group.

I have a question for proponents of the “valuing diversity” ideology.  If your ideology leads us to the same end state as that desired by the KKK or the Black Panthers, could there be something wrong with your ideology?  I’m sure we all want to live in harmony, but the path we’ve taken isn’t getting us there.

Perhaps it’s time to try something different.  Why don’t we try focusing on (valuing) what brings us together rather than what separates us?  We can all be proud unhyphenated Americans and love the individual liberties granted us by God.  We all want healthy and prosperous families.  We can share a commitment to the principles of capitalism that have given us unlimited opportunities and the highest standard of living in the world.  The only limit to our full integration is our acceptance of the wisdom of our founding.

Meritocracy is the solution to diversity.  Let people be the best that they can be on their own merits, and ignore the rest.   Isn’t that what Dr. Martin Luther King, Jr. meant when he said, “I have a dream that my four little children will one day live in a nation where they will not be judged by the color of their skin but by the content of their character?”  Isn’t it odd that we celebrate this man’s life every year, but we still haven’t heard his message?

Note: For obvious reasons, I have obscured the identity of the executive assigned to my company’s Diversity Council.

Image by WikiImages from Pixabay

This article was first published by American Thinker.

The Diversity Industry Has Turned the Clock Back…to 1960 is original content from Conservative Daily News – Where Americans go for news, current events and commentary they can trust – Conservative News Website for U.S. News, Political Cartoons and more.