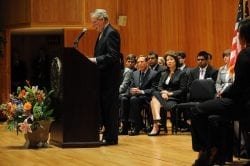 The claim that evidence and facts must be presented and adjudicated fairly in a court of law is encouraged by and for the Deep State when it benefits their agenda. It is brazenly disallowed when Americans believe their votes and their rights were stolen.

They will attempt to build a case that Trump incited violence based on a speech that he gave in public for all America to hear. He did no such thing. Those who heard the speech know it.  They know it.

The usual suspects including the now fully exposed Mitch McConnell will ignore evidence that experienced rioters who hate Trump helped to create this false flag event to provide this flimsy excuse to continue to smear Donald Trump.  Even as they sit in control of the federal government, and probably because they now sit in control of the federal government they can be as much of a kangaroo court as they want.

Who thinks the preposterous allegations against Trump will be adjudicated fairly by all the same usual suspects?

There once was a great America.

Due process for me but not for thee, is no justice at all is original content from Conservative Daily News – Where Americans go for news, current events and commentary they can trust – Conservative News Website for U.S. News, Political Cartoons and more.

Former US Olympics Coach Charged With Human Trafficking Kills Himself

Essential tips for selling your house

Ruth Davidson’s blistering on-air takedown of Nicola Sturgeon ‘She has to go, no question’ | UK | News

Wham reunion: Why did George Michael leave Wham? Did they get back together? | Music | Entertainment