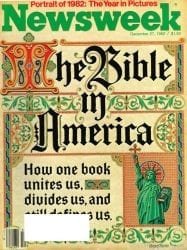 Let’s start getting real about what’s happening before our eyes for the last four years. No, I am not talking about President Trump’s Nobel Peace Prized-sized accomplishments. No. We’re not talking about Congress and their ability to never agree in unity to what’s best for America. No. I am not talking about people toppling statues and destroying history. What I am talking about however is the general acceptance of all criminal behavior by anyone leaning left of center. That’s a problem.

How about the fact that isolated incidents of property destruction, violence and death, have happened and continue to happen in front of everybody. Because there is always a political balance, right? It’s seemingly handled arbitrarily by those sworn to protect the citizenry at a federal and state level. Especially if the crime has been attached to anyone related to the far-left radical cause of anti-American revolution. So, why is this still happening without the full weight of American intelligence, military, and law enforcement cooperation? Why does it feel like civil and federal authority has the “pause button” pressed?

Look at Aspen, Colorado under a state of emergency that is related to domestic terrorism. The FBI has failed us squarely. So we shouldn’t expect much from them. I mean, let us count the ways: Nashville is just a start. But we shouldn’t start blaming our overseers. We as American’s all have the Constitutional right with enabled by defensible laws that allow for us citizenry to protect ourselves in many varying ways. These rights also give us the ability to persevere righteously in the face of any evil.

So why aren’t we standing up? Why aren’t The People standing up and doing something about the lawlessness? Peaceably protesting is actually a justifiable form of political defiance. When there is a broken justice system in play that is saturated in lawless corruption (think the Judicial benches in swampy deep blue states), then we need to go to the US Constitution. Our fundamental rights as American citizens rest in these basic concrete and indivisible rights. Indivisible means that this document cannot be dissolved if there is a citizenry ready to defend her principles.

So let’s break down the very real American principles laid out in the US Constitution. This information actually got my business account banned from Facebook. You should check it out if you want to see the reality of it all.

The Bible and Civil Liberty are inseparable. There is no arguing this fact. Even Newsweek, on December 26, 1982, acknowledged after a major analysis of the Bible’s influence in America, that, “Now historians are discovering that the Bible, perhaps even more than the Constitution is our Founding document.”

“Dr. Donald Lutz, a professor of political science from the University of Houston, conducted an exhaustive ten-year research of about 15,000 political documents of the Founders’ era (1760-1805), and recorded every quote or reference to another written source. This list of the 3,154 citation of the Founders was analyzed and published in Volume #78 of the American Political Science Review in 1983. The results would give quite an accurate measure of the influence of various sources of thought on the Constitution.”

“The results were surprisingly contradictory to modern scholarship. By far, the most often quoted source of their political ideas was the Bible. This would account for over one-third (34%) of all their citations. Another 50% of all references can be attributed to authors who themselves derived their ideas from the Bible. Therefore, it can be said the 84% of the ideas in our Constitution are based directly or indirectly on the Bible.”

There you have it folks! Principle. Our great-grandparents 30-times over lived these foundational values. Society starts looking more like a family thing when you look more at it. Right? We all have a direct and indirect responsibility and obligation to keep our American society and every tradition that has ever been graced to us in working order. This has nothing to do with cliché nationalist rhetoric or Christianity propagated. On the contrary actually. It has to do with the truth and principle in point and fact. And just like a vehicle, we must keep the liberty engine well oiled.

This means knowing how to be involved. This means learning to research local legislation and laws. This means networking with right-minded people who actually want to work for the good of the community. This means acknowledging the fact that there is hard work to be done in America. It’s time to accept that we have all been duped by a very real corrupt and bloated political and judicial bureaucracy, whose swampy greed benefits only themselves, their own families, and their own financial interests.

Daniel L. Smith holds an MA in History from Southern New Hampshire University. He is the author of 1845-1870: An Untold Story of Northern California, found here. His articles, projects, and publications can be found on his website Complex America.

The Bible and Civil Liberty are Inseparable is original content from Conservative Daily News – Where Americans go for news, current events and commentary they can trust – Conservative News Website for U.S. News, Political Cartoons and more.