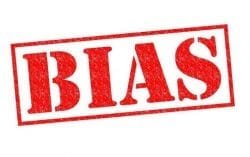 Twitter spokesman Trenton Kennedy told the DCNF that the tweet does not fit under any of Twitter’s three policies for misleading information: “synthetic and manipulated media, COVID-19, and Civic Integrity.”

Kennedy said he did not even have Twitter teams review the Ossoff tweet due to the businesses of the holiday season. He explained to the DCNF that though the civic integrity category deals with elections, “making a claim about someone happens in political speech all the time.”

“Making a claim about someone and their character wouldn’t fall under any of those policies,” Kennedy said.

The DCNF pointed out that Ossoff’s statement falsely accuses Loeffler of campaigning with a member of the Ku Klux Klan, but the Twitter spokesman told the DCNF that Twitter is not going to be “the arbiter of truth,” as the company has often said.

This does not make us an “arbiter of truth.” Our intention is to connect the dots of conflicting statements and show the information in dispute so people can judge for themselves. More transparency from us is critical so folks can clearly see the why behind our actions.

“Kelly Loeffler campaigned with a klansman,” Ossoff tweeted Wednesday evening. His comment, which has gone viral on Twitter, apparently refers to a photo that Loeffler’s campaign has strongly condemned depicting Loeffler with white supremacist Chester Doles, a Ku Klux Klan and neo-Nazi National Alliance member, according to the AJC.

“Kelly had no idea who that was, and if she had she would have kicked him out immediately because we condemn in the most vociferous terms everything that he stands for,” Loeffler’s campaign spokesman Stephen Lawson previously told the AJC regarding the photograph.

Lawson told the DCNF Thursday that Twitter should have flagged Ossoff’s tweet and taken it down since it’s “a blatant lie.”

“It’s not surprising coming from a pathological liar like Jon Ossoff whose parents still pay his rent,” Lawson added.