A New York county executive was filmed shooting hockey pucks at a public skating rink with at least 10 others less than two weeks after his department of health temporarily shut down an ice rink for hosting a hockey scrimmage, according to the county’s comptroller.

Erie County Executive Mark Poloncarz, a Democrat, acknowledged Monday on Twitter that he “skated alone for the most part” at the Northtown Center at Amherst sports facility on Sunday morning. Poloncarz also posted a selfie he took on the ice rink dressed in black and not wearing full hockey equipment “to show me alone” that morning.

However, Erie County Comptroller Stefan Mychajliw, a Republican, told the Daily Caller News Foundation that he obtained and published video footage of Poloncarz sharing the ice and shooting hockey pucks at the sports facility Sunday morning with at least 10 other individuals. At multiple points in the video, an individual wearing all black and not wearing full hockey equipment is seen fist-bumping others on the ice rink.

“You see him giving everybody fist bumps and then he hops off the ice. That’s the county executive,” Mychajliw said of the individual in the video wearing all black. 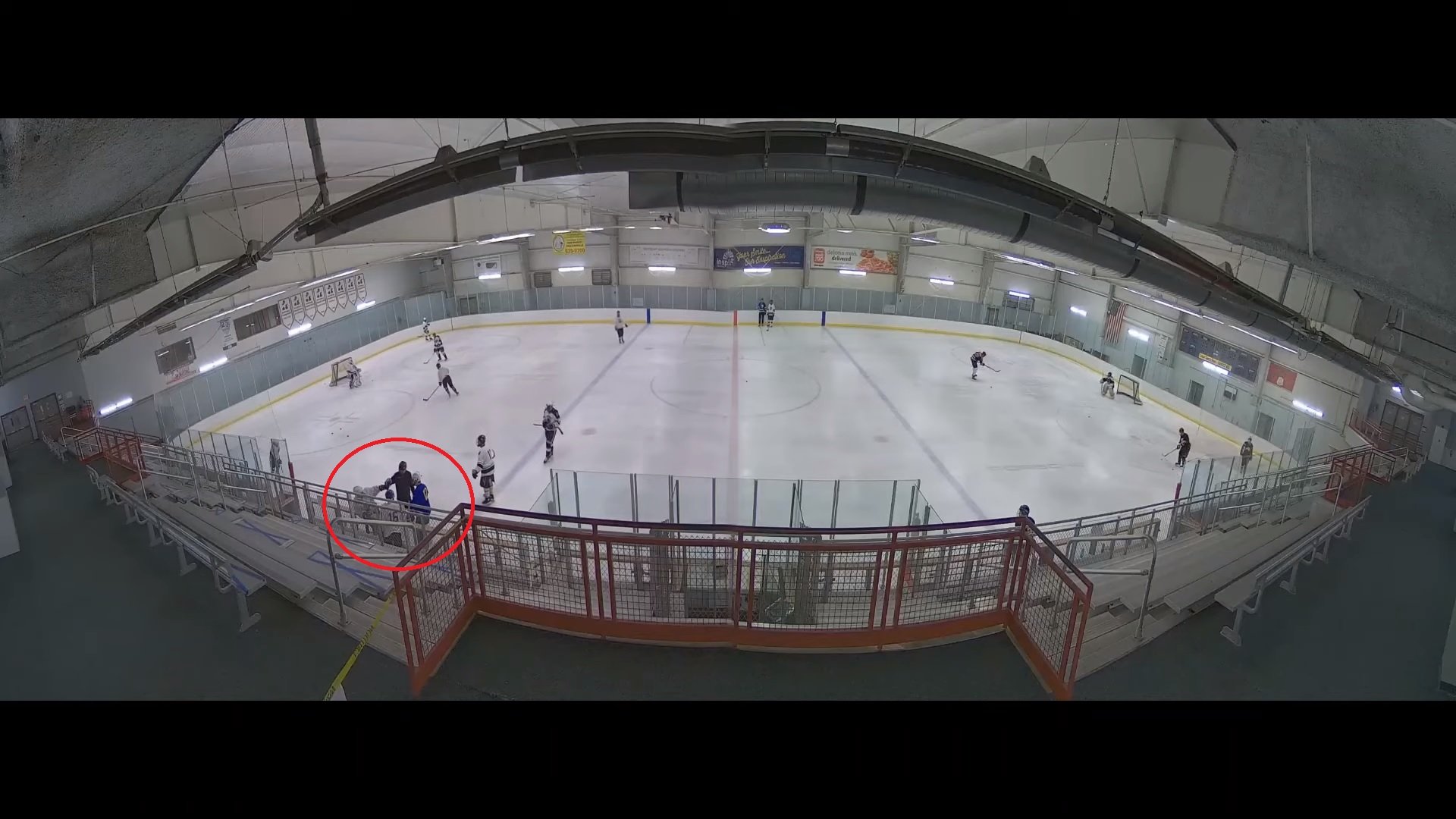 The individual wearing all black is shown leaving the ice skating rink before the remaining people on the ice engaged in a hockey scrimmage.

No other individuals in the video appear to be wearing all black and not wearing full hockey equipment.

Poloncarz spokesman Peter Anderson did not return multiple inquiries Tuesday afternoon asking if the county executive disputes that he’s the individual shown fist-bumping others on the ice skating rink in Mychajliw’s video.

Mychajliw also published footage he said he obtained from a whistleblower showing Poloncarz leaving the Northtown Center at Amherst sports facility on Sunday morning. Poloncarz was filmed wearing all black and carrying a hockey stick and hockey bag.

Poloncarz acknowledged the legitimacy of the footage of him leaving the sports facility in a tweet Monday, saying it was “taken by someone stalking me.”

Poloncarz tweeted on Dec. 19 that his health department is monitoring multiple cases of coronavirus “among players and coaches who play out of the” Holiday Twin Rinks complex following the temporary closing of the Holiday Twin Rinks facility.

We have had a rise in positive cases of COVID-19, due to participation in Youth Hockey. pic.twitter.com/fS2kANbaTO

Mychajliw railed against Poloncarz for shooting hockey pucks at a public facility less than two weeks after his health department shut down a facility for hosting a hockey scrimmage.

“God bless him. It’s the height of hypocrisy to shut down rinks for having scrimmages and blocking children and youth sports from doing the same exact thing that he is doing,” Mychajliw told the DCNF.

The Holiday Twin Rinks facility has since reopened after submitting a safety plan to the Erie County Department of Health, Mychajliw said.