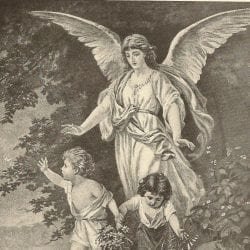 As we revisit the Emperor Democrat, we find that things have gotten dire for the people of Alltooreal. While continuing to weaponize the virus, Democrat has consolidated his dominion over “his subjects” by stealing the recent election through massive voter fraud, crushing dissent and civil liberties, and proclaiming structural changes to governance that will forever enslave the populace and guarantee Democrat and his cronies’ perpetual rule over Alltooreal.

Deep in despair and with no earthly power left to aid them, the people of Alltooreal, like terrified soldiers in a foxhole, began spilling into the Town Square to pray. Unlike before, their prayers were not desperate cries for help, like the prayers of a child, but rather affirmations of faith that God would indeed come to their aid. As they prayed peace descended upon them. Amid the silence, they heard a still small voice within each of them proclaim: “Fear not, for I am with you always and all that I have is yours.”

Enraged at the people’s worship in defiance of his orders, Democrat summoned his previously unseen, but often whispered about, army of phantoms to crush the remaining dissent. These dark and evil phantoms lurked in the darkness feeding off the despair of the people of Alltooreal. They lay in wait for this moment, the moment when they thought they could feast to their hearts content on the defeated spirits of the people of Alltooreal.

As the phantoms rampaged through the sky shrieking and cackling as they streaked toward earth, many say that a miracle occurred-The Miracle of the Angels of Alltooreal. For on this night, facing certain extinction at the hands of the phantoms, a great peace settled into and over the people as they prayed. It was, as the Bible proclaims, the peace that passes all understanding. In that moment, the people knew they had nothing to fear for God most certainly was with them.

Just then beautiful spirits in the form of angels rose from within each resident of Alltooreal who was gathered in the Town Square. These spirit angels took to the sky and formed a shield between the streaking phantoms and the subjects of Alltooreal. As they did, the still small voice, that the people had heard within themselves earlier, boomed an unmistakable command “Lead On.” At those words, there appeared in the sky three of God’s Archangels, Michael, the Warrior Angel, Raphael, the Healing Angel, and Gabriel, the Messenger Angel. Each carried the tools of its gift and was draped in the purest gold.

As if in response to an unheard command, the spirit angels fell behind the Archangels and into a formation 100 wide by 100 deep and began to fly toward the phantoms steadfastly maintaining a shield between the phantoms and the people of Alltooreal. As they rose, the gold of the Archangels appeared to drip backward blanketing the spirit angels in its luster. The gold from the angels emitted a light that illuminated the entire town. As they drew nearer to the attacking phantoms the angels began to circle. Faster and faster, they circled until all that was seen was a sky of gold facing off against a streaking sea of black from the phantoms. As the phantoms drew close to the angels, the light filled them with terror and they tried, in vain, to retreat. For the otherworldly speed of the circling angels had created a vortex whose pull was irresistible. Unable to resist the pull of the vortex, the retreating phantoms screamed like animals caught in the teeth of a predator as they were drawn from flight into the golden vortex.

The people below cheered at the sight of the phantoms disappearing into the golden vortex and gave praise to God for they believed that God’s angels had destroyed the phantoms. What no one expected was that the other half of The Miracle of Alltooreal was about to unfold. For the vortex did not destroy the phantoms, as the subjects expected, rather it transformed them. One by one the phantoms emerged from the vortex as beautiful, peaceful, and loving angels of God. Each forever changed by the light and eager to reunite with and serve God. They watched as the spirit angels descended to earth and reentered the bodies, they left moments before. As the spirit angels reentered their earthly temples each host awakened from the dream of humanity and understood that God’s ancient promises are indeed true. God is indeed with us always and with faith we can move mountains!

The Miracle of Alltooreal forever changed Democrat as well. The defeat and transformation of his army through the faith of God’s people and faithfulness of God, opened his heart to the light. Like the sentry at the foot of the cross of Christ, who witnessed a miracle, Democrat knew he had witnessed the true King, the King of Kings, in all His glory and love for all creation. He had witnessed God’s love not only for those who worship Him but also for His “enemies” who, rather than destroy, He transformed. At peace in their new found freedom and love the people of Alltooreal lived happily ever after!

Merry Christmas and a Peaceful and Blessed 2021 to All!

The Day the Angels Rose – A Fable is original content from Conservative Daily News – Where Americans go for news, current events and commentary they can trust – Conservative News Website for U.S. News, Political Cartoons and more.