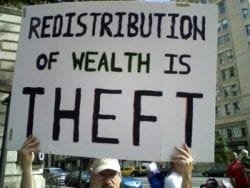 With enough of the states finally counting all of the votes, Joe Biden will become the 46th President of the United States.  In a bitterly fought election, Biden ends up with slightly over 50% of the vote and Trump has just under 48%.  Biden supporters are gleeful.  Trump supporters fearful.

The divide between the policies of the two parties is very wide.  Each side seems very rigid in their respective position.  Trump supporters are not only in disagreement but they truly fear that the enactment of Biden’s platform will very negatively impact the future of the country.

Biden supporters strongly disagree.  They are full of hope that Biden’s policies will positively transform America and eventually eliminate many of the social problems that they perceive to be causing severe social injustices.

Actually, in many areas, the goals of the groups are very similar.  It is the manner in which those goals are reached that vary greatly.

For instance, the economic goals are similar.  Every American should have the opportunity to succeed.  Americans should be able to get good high-paying jobs that enable them to own a home, raise a family, feel secure and earn sufficient income to more than pay for their family’s needs.  Income and wealth should end up with a  fair distribution.

While those goals are similar, the methods to get there are vastly different.  An analogy shows the difference.

A very hungry man saw a fisherman catching many fish.  The hungry man approached the fisherman and asked if he could have some of his fish since it appeared he had caught far more than he needed to feed his family and himself.  How should the fisherman respond? Should the government have a say?

The goal is clear: both people should have enough to eat, both today and into the future.  The paths to get there vary.  The Biden response would be that the government has a responsibility to ensure the welfare of every citizen.  Therefore if the fisherman was not willing to give some of his catch to the hungry man, then the government would re-distribute the catch.  That meant taking fish away from the one who caught it and giving it to the one who did not contribute to catching the fish.

The Trump supporters have a different view.  They claim that the Biden solution creates two long term problems.  One is that the hungry person is dependent on someone else for basic survival. This dependency could last a lifetime and, in reality, this dependency sometimes spans generations.

The other problem is that the fisherman must continue to catch enough fish to feed his family as well as the hungry man.  While he, like almost all Americans, is compassionate and willing to share, eventually he does build some resentment.

A better solution, the Trump supporters would say, is to simply make sure that the hungry person has the opportunity to catch his own wish.  That means to teach him to fish, lend him a rod and make sure he has access to a stream.  This solution causes no long term problems.

Trump supporters fear that Biden has already said he will take his traditional approach.  That is he will increase the amount that the government takes from those who “catch a lot of fish.”  And then give it to the hungry people.

Their fear is not just that they personally will lose a significant portion of the income they have earned, but more about the negative impact this will have on the country.  With the vast amount of “free fish” Biden wants to take from the income earners and give away to hungry people, the economy is likely to see slow growth and even inflation.

The reason is simple:  overtaxing high-income earners results in a reduction of capital formation, as they pay more in taxes which reduces the amount they have to invest. Raising taxes on corporations has a similar negative impact on capital formation  For a capital intensive economy, this lack of capital, especially when the government is running multi-trillion dollar annual deficits, will slow growth.

It will also lead to inflation.  The government will take capital-producing income out of the economy and inject it back in a manner that increases total demand.  If the potential capital shortage restricts businesses’ ability to react to the increase in demand by increasing output, the alternative will be to raise the price.  That leads to inflation.

The worst outcome is that the economy sees stagflation; which is a stagnant, slow-growth economy with high inflation and high unemployment.  The last time that happened was in the late 1970s during the Carter Administration.

The Trump supporters are trying to be hopeful, but based on what they have heard so far, they are very fearful.

Why Trump supporters fear the Biden presidency is original content from Conservative Daily News – Where Americans go for news, current events and commentary they can trust – Conservative News Website for U.S. News, Political Cartoons and more.

In a first, baby has DNA from 3 parents