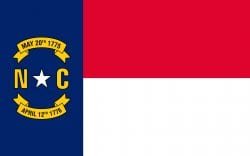 North Carolina may be the top reason that U.S. citizens do not know who their president is until more than a week after the election.

North Carolina State Board of Elections Executive Director Karen Brinson Bell said Wednesday that most counties will not start counting mailed-in ballots coming in between November 4 and November 12 until Nov. 12.

North Carolina is set to go to President Trump and the delay could by NC’s election officials would make it impossible for him to reach 270 electoral votes until next Thursday unless he wins the recount in Wisconsin.

North Carolina has a large military population and military members largely vote absentee and a large number of those ballots arrive after election day.

As Georgia, Pennsylvania and Arizona may also go to Trump, Biden’s path to 270 may also be in limbo until North Carolina counts the rest of its votes.

North Carolina Counties Will Not Start Counting More Ballots until Nov. 12 is original content from Conservative Daily News – Where Americans go for news, current events and commentary they can trust – Conservative News Website for U.S. News, Political Cartoons and more.