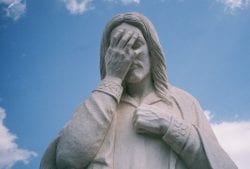 Biden pledged to sign the bill while condemning what he called an “epidemic” of violence “against transgender and gender non-conforming people,” in a statement his campaign released Friday.

The bill would alter the Civil Rights Act of 1964 to make “sexual orientation” and “gender identity” protected characteristics under federal anti-discrimination law. Among other things, that would force public schools to expand female athletic teams to include biological males who identify as transgender girls.

“I believe that Trans Lives Matter and, as president, I will fight on behalf of every vulnerable person in this country,” Biden added.

The Equality Act passed the House with unanimous Democratic support in May 2019, but failed to come up for a vote in the Republican-controlled Senate.

Biological males who identify as transgender have racked up accomplishments in female athletics.

Franklin Pierce University runner CeCe Telfer in May 2019 won an NCAA DII women’s track championship. Telfer is a biological male who identifies as transgender and previously competed on Franklin Pierce’s men’s team, before switching to the women’s team.

University of Montana runner June Eastwood, a biological male who identifies as a transgender woman, was named the Big Sky Conference’s female athlete of the week in October 2019. Like Telfer, Eastwood competed on the university’s men’s team before switching to the women’s team.

The Department of Education in May sided with high school girls suing the state of Connecticut for allowing biological males who identify as transgender girls to compete in female athletics. In June, the Department of Justice threw its support behind an Idaho law restricting girls’ sports to biological females.

A poll released in November 2019 found that less than a third of Americans believe biological males who identify as transgender should be allowed to compete on girls’ sports teams. Another poll in October 2019 found that Americans said by a 57-20 margin that male athletes who self-identify as transgender have competitive advantages over female athletes.

Meghan Markle news: Duchess and Harry in ‘touch every day’ as Duke returns to the US | Royal | News