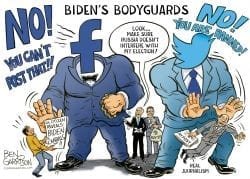 Shut Up and Vote For Biden they said

Hard core tyranny has arrived in the United States. Thanks to the coup-minded Democrats, it has been creeping up on us after Trump was elected president. Now we have full-on Chinese-style stifling of free speech. Congress and the Deep State Swamp are complicit and have done nothing to protect our First Amendment. 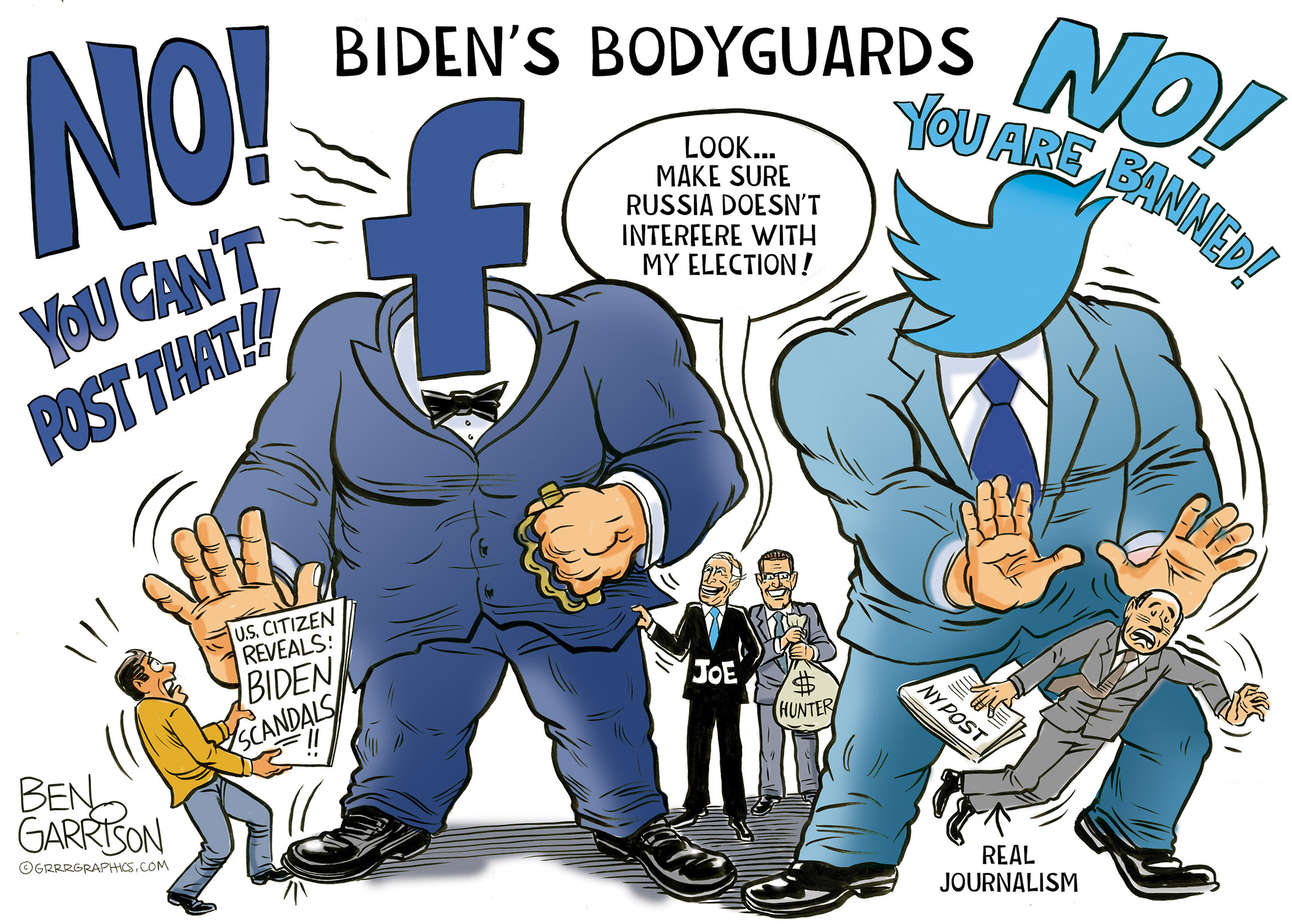 Try using Google to find a story deemed ‘politically incorrect’ by the Swamp. You will be redirected to their own narrative that they deem factual. It’s the same with science. You are only allowed to know the data from the scientists of their choosing. Facebook won’t allow anything else to be posted on their platform.

All speech should be free. People are allowed to express hatred. Dirty books should be allowed to be sold at smut shops. But political speech is the most important. It’s paramount and yet it’s going away on social media, aided and abetted by our own government and tax dollars. The CIA helped Facebook get started. They worked with Zuckerberg because they knew such a platform would provide them with a honeypot of private information. The CIA has gone rogue. It has been corrupted (perhaps inevitably) by power-mad operatives just as those running the FBI are corrupt. Now our social media has succumbed to the same kind of tyranny.

Don’t like it? Start your own Facebook. Or Twitter. Or Google. That’s what we’re told, anyway. Most of us do not have a few billion dollars handy to do it. We may as well be told to start our own CIA or FBI. Why not start our own Federal Reserve? The other independent social media platforms that have tried to offer free speech will eventually succumb to tyrannical control. They will be bought out, shut down, or sued into bankruptcy.

We live in a new, high-tech age and social media have become our town square. It shouldn’t be turned into ‘Red Square” by the globo-socialists.