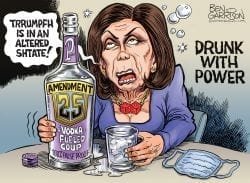 Hey Nancy, have another shot—or five—you’re going to need them!

Nancy Pelosi absolutely hates President Trump. Pelosi is a Deep State Swamp creature. She’s cornered and desperate to get her way. She will say or do anything to stop Trump from continuing as president. 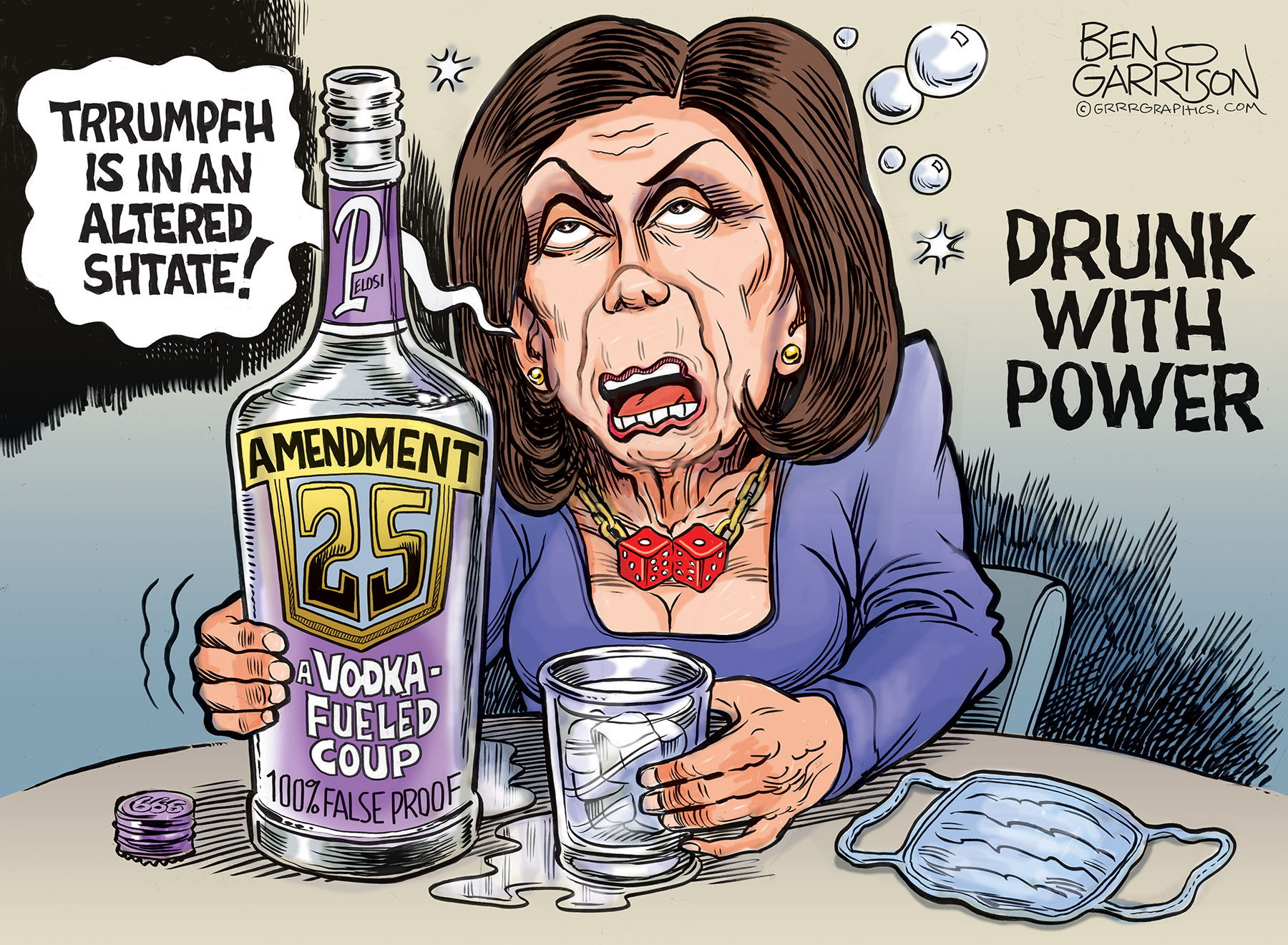 Pelosi lives in the lap of limousine luxury. She has $25,000 ice cream freezers, makes mask-less salon visits, goes on fancy trips and drinks fancy liquor. She’s made a fabulous fortune taxpayer expense. She’s drunk with power and like Hillary, she thinks she’s above the law. Nancy looks down on the little people—she serves the interest of her big, corporate donors. She lives for her own power and money.

Now she’s pulling another “arrow” from her “quiver”. Pelosi plans on forming a commission to give Congress the power to remove President Trump from office by invoking the 25th amendment of the U.S.Constitution.

This is nothing new. Pelosi and her minions have been talking about the 25th amendment to remove Trump for years. With time running out before the November election and everyday looking more and more like a Trump landslide. With only 24 days left ahead of the election, Nancy and the Samp are ready to throw their “hail Mary” in a desperate attempt to stop Trump’s victory.

Crazy Nancy is claiming Trump is in an “altered state”using this baseless claim to justify the use of the 25th amendment to remove the President. Trump was lawfully elected, but Nancy wants to negate the vote of his supporters. Because she can.

Slurring Nancy is the only one in an altered state, but not even she can stop what is coming.

‘No One Will Tell Us What Our Laws Should Be’: Taliban Official Says They Will Bring Back Extreme Punishment

'Hidden dangers' of dipping into your pension – are you damaging your retirement?

The Beatles: George Harrison stopped Fab Four song from being in a movie | Music | Entertainment