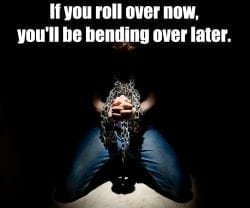 No matter where you look in the world, you can find the negative impact of big, intrusive government.

The Socialism of Venezuela has destroyed the formerly comfortable lives of the citizens of that nation. The capitalism of the energy industry that made Venezuela wealthy has been ended by the Socialist regime in power and only misery and suffering remain for Venezuelans.

The former wealth of Cuba now lays in waste at what the Castro revolution caused, and the migration of thousands of Cubans trying to escape Castro’s Socialist paradise, and who adopted America as their new home, has benefited the United States by their presence, to the detriment of Cuba, because of the Communism that drove them away.

Meanwhile, here at home in America, the unbelievable destruction of New York, Portland, Seattle, Chicago, Baltimore and other leftist-run state and city governments is disturbing to look at and difficult to absorb. Capitalism made these and other cities shiny, bright and pleasant to live in, and big government shutdowns, sanctuary cities, and leftist Democrat policies have left them broke, burned, ugly and vacated, with nothing but devastation where neighborhood restaurants and shops once stood. And aside from the buildings that have been destroyed by a summer of BLM and ANTIFA rioting, one must remember the tens of thousands of jobs that have been lost along with the burned-out buildings.

And it’s not only the commercial districts that have died in many of our major cities due to the rioting and the national shutdown of businesses of all types. New York’s theater district is dead, and museums are closed in order to prevent insane Democrat, leftist, radicals from destroying works of art and antiquities as thoughtlessly as they have been tearing down statues on Christopher Columbus and Robert E. Lee.

The American left, headed and encouraged by the Democrat party, destroys everything it touches. Next up on their playbook is the Green New Deal, which will demand that the public use less fuel, live less well, drive smaller cars (assuming the public is allowed to drive personal vehicles at all), consume fewer kilowatts of electric power on heating and air conditioning, take fewer vacations and stay closer to home because commercial airlines will be limited in their own consumption of jet fuel and carbon emissions. So there will be much less travel in America, and much less of the “good times” America has taken for granted these last 100 years or so, if Democrats ever get political power again.

Over A Dozen Soldiers Stationed At Capitol Are Sick After Provided With Undercooked Food: Report

Over A Dozen Soldiers Stationed At Capitol Are Sick After Provided With Undercooked Food: Report