The recent presidential debate was certainly a chaotic one with both sides interrupting and talking over each other, making faces and grimacing and both sides and their followers claiming they each won. In fact since the first presidential debate, multiple polls have shown President Trump declared as the winner by extremely wide margins;

Bill Hemmer on Fox said that Trump interrupted Biden 147 times. On Sean Hannity’s show, Sean spoke with President Trump over the phone and Trump said Biden started the interruptions by interrupting him three times in the beginning and that Biden told so many lies he had to defend himself, Trump said how moderator Chris Wallace cut him off and sided with Biden and he felt like he was debating two people. Everyone all around said Wallace lost control.

Trump and Biden are set to face off for two more presidential debates. Assuming that Biden doesn’t bow out of these showdowns (like Democrats are already pushing for him to do), the two remaining presidential debates will take place on the 15th and 22nd of this month. However, per the Commission on Presidential Debates, certain changes will be in effect going forward. Reports assert that the Commission on Presidential Debates will give moderators the green light to turn off the mics of candidates who speak over their allotted time periods or interrupt the other candidate. The next debate is scheduled to be a town hall debate with voters asking questions. That kind of debate should be OK as a Townhall with citizens asking questions – as long as they are not stacked with mostly anti-Trump socialist types.

Then came the sad news that Trump and Melania have been tested positive for the Chinese Corona virus after being exposed to Trump’s top aid Hope Hicks who had come down with it. 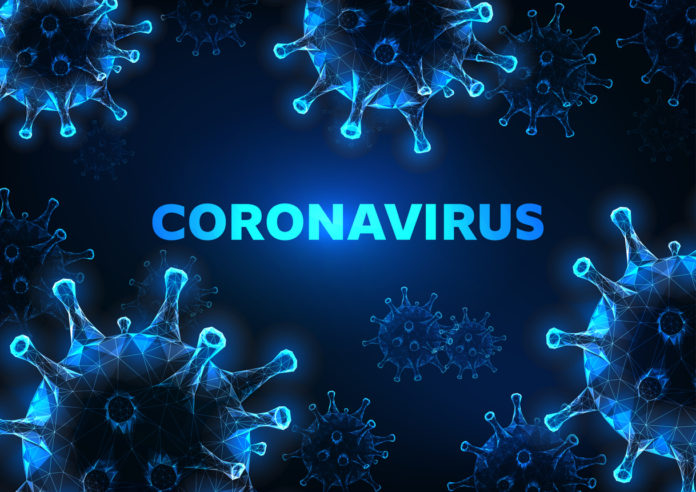 Trump and Melania have been quarantined for 14 days so there may not even be a next debate.  Our prayers and thoughts  reach out to the Trumps and let’s hope they take plenty of HCQ and zinc for a quick recovery. Trump had quite a large entourage with him at the debate that included the president’s closest relatives and advisors. They include White House chief of staff Mark Meadows; national security advisor Robert O’Brien; the president’s lawyer, former New York City Mayor Rudy Giuliani; White House press secretary Kayleigh McEnany; the president’s daughter Ivanka Trump and her husband, Jared Kushner, both of whom are senior White House advisors; the president’s sons, Donald Jr. and Eric; Donald Jr’s girlfriend Kimberly Guilfoyle, who previously had Covid; Eric’s wife Lara Trump; the president’s daughter Tiffany; campaign manager Bill Stepien; top campaign official Jason Miller; White House social media director Dan Scavino; White House counselor Derek Lyons; political advisor Stephen Miller; and Rep. Jim Jordan, R-Ohio.

Also on that flight was Alice Marie Johnson, a criminal justice reform advocate whom Trump granted clemency for her life sentence for a drug crime.

In the meantime this election coming up will be the most important election in our lifetime and the history of this republic. It is about preserving our freedom 1st and 2nd amendment , constitution and capitalism.  Which brings us to the Biden/ Sanders manifesto or the 110 pages of the Biden/Sanders Task Force recommendations that  appears on Biden’s website as  his polices are  taken from Bernie Sanders.

Sanders authored most of Biden’s policies. They include:

*Eliminate cash bail. No one should be imprisoned for merely failing to pay fines or fees.

*Corporate tax cuts that were cut sharply by the 2017 republican tax cut must be raised and supply side tax cut and trickle down tax cuts must be rejected. Biden wants a 4 trillion dollar increase.

*Ensure that all employers provide at least 12 weeks of family leave and medical leave for all workers and their families.

*Fight to raise wages for working people including a $15 an hour minimum wage. (This would cause companies to lay off people and raise their costs so  everything  would be where it was before the increases. This has already happened in cities that tried it).

*repeal right to work laws. In other words you will be required to join a union before looking for a job.

*Expand Medicaid and subsidize employer health care insurance for people who lose their jobs and offer high quality low or no cost public option without a deductible.

This manifesto is very dangerous for America and she will ever be the same if and when implemented.  This calls for the massive transfer of wealth from the free market sector to the federal government that would destroy our economy.

These dems like Biden Harris, Pelosi and Schumer all support open borders and free healthcare for illegal immigrants.

That’s why it is imperative that trump get in this next time around.

The Debate,The Virus and The Biden/Sanders Manifesto is original content from Conservative Daily News – Where Americans go for news, current events and commentary they can trust – Conservative News Website for U.S. News, Political Cartoons and more.

The Biden Email Fiasco and the Great Media Cover-Up

Engagement rings: Best diamond ring to propose with in 2020 guide

The Biden Email Fiasco and the Great Media Cover-Up