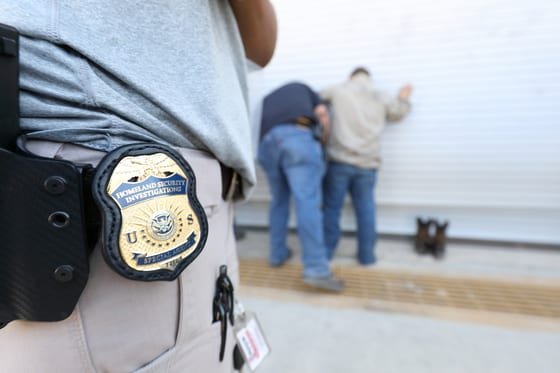 CHICAGO — U.S. Immigration and Customs Enforcement (ICE) arrested 88 at-large aliens from Aug. 24 to Sept. 19 as part of an immigration enforcement action focused on public safety threats in the Chicago metro-area. Targeted individuals were arrested for immigration violations and have a variety of pending charges or convictions for crimes like attempted homicide, armed robbery, sexual assault and drug trafficking. They were previously in the custody of local or state law enforcement due to crimes they committed but were released due to jurisdictions’ non-cooperation policies.

“The individuals arrested by ICE clearly pose a significant threat to public safety, yet Chicago-area sanctuary policies prevent law enforcement agencies from turning these criminals over to the federal government,” said Tony Pham, Senior Official Performing the Duties of the Director. “These terrible policies protect dangerous criminals and street gang members over Chicago’s own citizens. There is no justifiable reason to politicize public safety so that the end result is the release of drug dealers, violent criminals and sexual predators into American communities.  We will do what we can as a partner with the American people to keep our communities safe by doing our part in removing these dangerous individuals.”

“Our aim is to protect against future victims and keep our communities safe with each arrest of these wanted perpetrators,” said Thomas Feeley, interim field office director for ICE’s Chicago Field Office. “Chicago will not be a safe haven for criminal aliens to reside and commit further crimes.”

ICE does not exempt classes or categories of removable aliens from potential enforcement. All those in violation of immigration law may be subject to arrest, detention and, if found removable by final order, removal from the United States. ICE takes many factors into account when targeting and arresting individuals, including their criminal and immigration history.

Victims of crime committed by individuals with a nexus to immigration are encouraged to contact ICE’s Victims of Immigration Crime Engagement (VOICE) Office if they need assistance. The VOICE Office affords victims and their loved ones a single point of contact to obtain information regarding criminal aliens in ICE custody, including the ability to get automated custody status information, or releasable case history about the perpetrator. ICE representatives are also available to explain the immigration enforcement and removal process. The toll-free VOICE hotline number is 1-855-48-VOICE.