“Here is Judge Amy Coney Barrett explaining why it’s wrong to fill a SCOTUS vacancy during a presidential election year,” Newsom, wrote in a since-deleted tweet that included a video of Barrett in a 2016 media interview discussing the late Supreme Court Justice Antonin Scalia, who died that year of a heart attack at his Texas hunting resort.

Newsom’s tweet comes after Newsweek and other outlets falsely reported that Barrett said it would be inappropriate to nominate a Supreme Court justice who would flip the court’s “balance of power.” 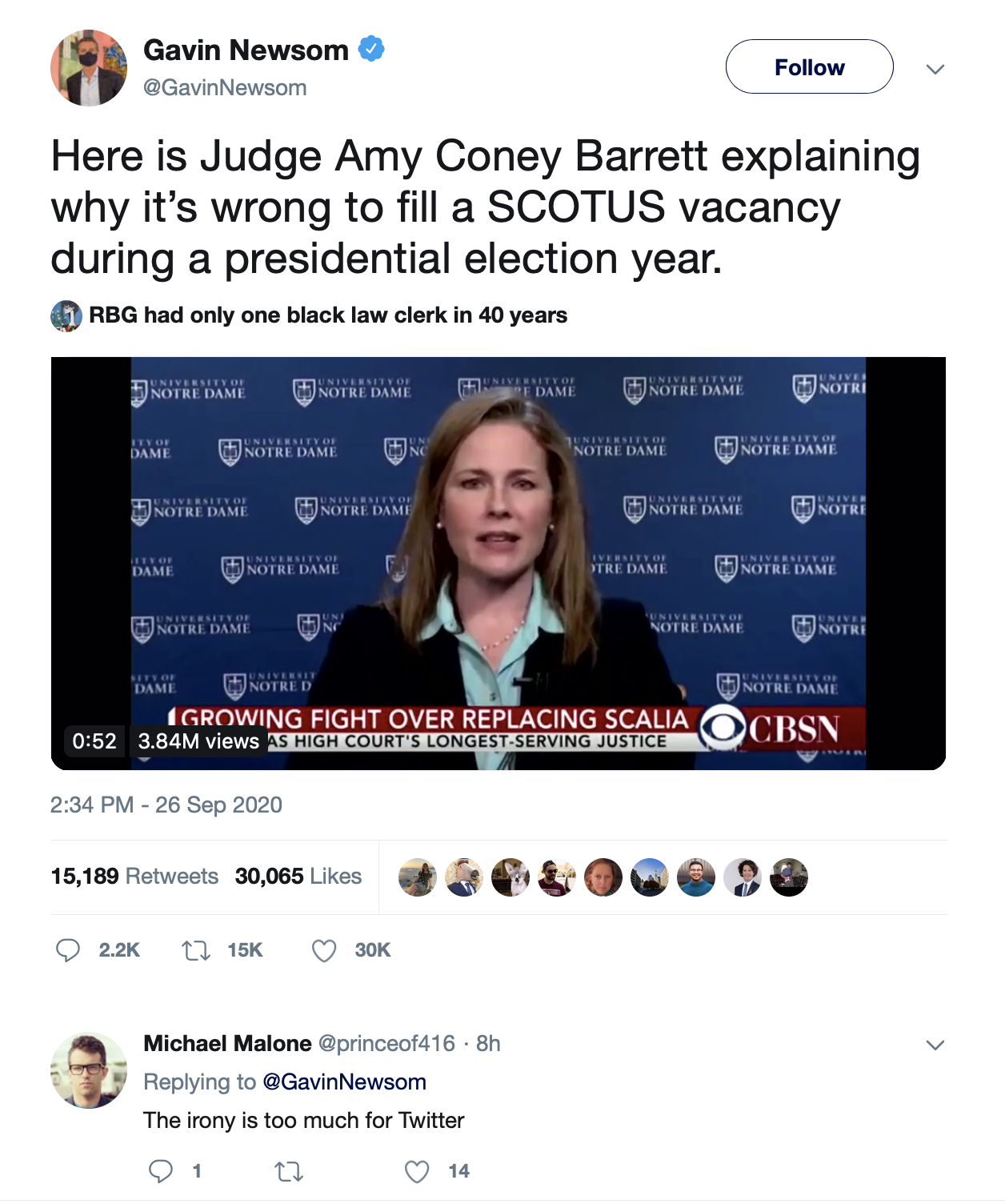 Barrett did not say that such a move would be wrong or inappropriate, noting instead that past confirmations cannot inform present-day ones due to the current contentious nature of the confirmation process.

“I gather that there have been six in the 20th century, and 11 if you go back to the Civil War, of confirmations that happened during presidential election years,” Barrett said, according to a Sept. 23 CBS report. “But I think the question is, what does this precedent establish? And I don’t think it establishes a rule for either side in the debate.”

She also discussed how replacing Scalia with a nominee by former President Barack Obama would change the court’s ideological makeup.

The Beatles: George Harrison fought in a ‘guitar duel’ for his wife Pattie Boyd | Music | Entertainment