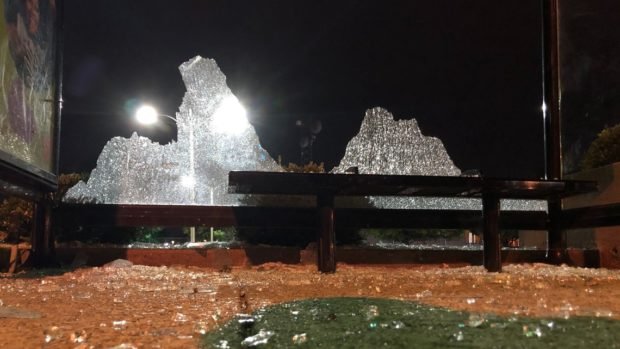 The Department of Justice announced today that more than 300 individuals in 29 states and Washington, D.C., have been charged for crimes committed adjacent to or under the guise of peaceful demonstrations since the end of May.

To date, of the 94 U.S. Attorneys’ Offices (USAOs), more than 40 USAOs have filed federal charges alleging crimes ranging from attempted murder, assaulting a law enforcement officer, arson, burglary of a federally-licensed firearms dealer, damaging federal property, malicious destruction of property using fire or explosives, felon in possession of a firearm and ammunition, unlawful possession of a destructive device, inciting a riot, felony civil disorder, and others.  Violent opportunists have exploited these demonstrations in various ways.

Approximately 80 individuals have been charged with offenses relating to arson and explosives.  Approximately 15 individuals have been charged with damaging federal property. In some instances, these individuals are alleged to have set fires to local businesses as well as city and federal property, which will regrettably incur millions of taxpayer dollars to repair damages to the Portland Courthouse, Nashville Courthouse, Minneapolis Police Third Precinct, Seattle Police East Precinct, and local high school in Minnesota; and, to replace police cruisers in South Carolina, Washington, Rhode Island, Georgia, Utah, and other states.

Corporate and local businesses were also targeted, including a Target Corporate headquarters in Minneapolis, Boost Mobile Store in Milwaukee, Champ Sports Store in Tampa, and local restaurants including a pizza parlor in Los Angeles and a sushi bar in Santa Monica.  Through these acts, these individuals have shown minimal regard to their communities and for the safety of others and themselves.

In Washington, D.C., outside of the U.S. Supreme Court, a man was engulfed in flames after he poured a liquid from a gas can onto three U.S. Supreme Court Police vehicles; he suffered severe burns. In Virginia Beach, authorities identified a man who is alleged to have threatened to burn down an African American church.

Approximately 35 individuals have been charged with assaulting a law enforcement officer and related offenses.  One of these cases was charged in Massachusetts; the rest of these individuals were charged in Oregon.  The assaults have targeted local and federal law enforcement officers.  In Portland, a man is alleged to have approached a U.S. Marshals Deputy from behind and struck the deputy in the upper back, neck, and shoulder with a wooden baseball bat; another man, allegedly assaulted a Deputy U.S. Marshal with an explosive device.  In Boston, a man allegedly shot at least 11 times toward officers, including a deputized federal officer.

Approximately 30 individuals have been charged with offenses related to civil disorder.  In several instances, these individuals leveraged social media platforms to incite destruction and assaults against law enforcement officers.  In Cleveland, two Pennsylvania men are charged with driving to the city with the intent to participate in a riot and commit acts of violence.  In their possession, authorities found a black backpack containing a hammer, two containers of Sterno Firestarter Instant Flame Gel, a can of spray paint, a glass bottle of liquor with a bar-style pour top, a Glock semi-automatic firearm and two magazines loaded with ammunition.  In Knoxville, one individual allegedly instructed his social media followers to, “bring hammers bricks whatever you want.” The same defendant allegedly used a trashcan lid filled with an unknown liquid to strike a law enforcement officer in the head while the officer was seated in a police vehicle.

Charges have also been filed against individuals accused of committing burglary and carjacking.  In Pittsburgh, two individuals allegedly attempted to burglarize a Dollar Bank.  In Louisville, two individuals were charged with conspiracy to commit burglary involving controlled substances at a local Walgreens. Another Louisville individual was charged with carjacking; at the time of the carjacking, the individual was on a felony diversion as a result of a February 2020 conviction for charges that were initially filed as complicity to murder and complicity to robbery.

The ATF and FBI continue to urge the public to report suspected arson, use of explosive devices, or violent, destructive acts associated with the recent unrest.  Anyone with information can call 1-888-ATF-TIPS (1-888-283-8477), email ATFTips@atf.gov, or submit information anonymously via ReportIt.com.

In addition to those who commit fires, the FBI is looking for people who may have incited or promoted violence of any kind.  Anyone with digital material or tips can call 1-800-CALL-FBI (800-225-5324) or submit images or videos at FBI.gov/violence.

An indictment and criminal complaint merely alleges that crimes have been committed.  The defendants are presumed innocent until proven guilty beyond a reasonable doubt in a court of law.

Over 300 People Facing Federal Charges For Crimes Committed During Nationwide Demonstrations is original content from Conservative Daily News – Where Americans go for news, current events and commentary they can trust – Conservative News Website for U.S. News, Political Cartoons and more.