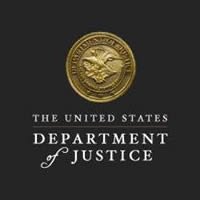 Today, on behalf of the Trump Administration, the Department of Justice sent draft legislation to Congress to reform Section 230 of the Communications Decency Act.  The draft legislative text implements reforms that the Department of Justice deemed necessary in its June Recommendations and follows a yearlong review of the outdated statute.  The legislation also executes President Trump’s directive from the Executive Order on Preventing Online Censorship.

“For too long Section 230 has provided a shield for online platforms to operate with impunity,” said Attorney General William P. Barr.  “Ensuring that the internet is a safe, but also vibrant, open and competitive environment is vitally important to America.  We therefore urge Congress to make these necessary reforms to Section 230 and begin to hold online platforms accountable both when they unlawfully censor speech and when they knowingly facilitate egregious criminal activity online.”

“The Department’s proposal is an important step in reforming Section 230 to further its original goal: providing liability protection to encourage good behavior online,” said Deputy Attorney General Jeffrey A. Rosen.  “The proposal makes clear that, when interactive computer services willfully distribute illegal material or moderate content in bad faith, Section 230 should not shield them from the consequences of their actions.”

The Department of Justice is grateful to all the experts, victims’ groups, academics, businesses, and other stakeholders that have and continue to engage closely with the department during this process.  The draft legislation reflects important and helpful feedback received thus far.  The department is also grateful to our colleagues in Congress for their support on Section 230 reform and looks forward to continued engagement moving forward.

The Department of Justice’s draft legislation focuses on two areas of reform, both of which are, at minimum, necessary to recalibrate the outdated immunity of Section 230.

First, the draft legislation has a series of reforms to promote transparency and open discourse and ensure that platforms are fairer to the public when removing lawful speech from their services.

The current interpretations of Section 230 have enabled online platforms to hide behind the immunity to censor lawful speech in bad faith and is inconsistent with their own terms of service.  To remedy this, the department’s legislative proposal revises and clarifies the existing language of Section 230 and replaces vague terms that may be used to shield arbitrary content moderation decisions with more concrete language that gives greater guidance to platforms, users, and courts.

The legislative proposal also adds language to the definition of “information content provider” to clarify when platforms should be responsible for speech that they affirmatively and substantively contribute to or modify.

The second category of amendments is aimed at incentivizing platforms to address the growing amount of illicit content online, while preserving the core of Section 230’s immunity for defamation claims.

Section 230 immunity is meant to incentivize and protect online Good Samaritans.  Platforms that purposely solicit and facilitate harmful criminal activity — in effect, online Bad Samaritans — should not receive the benefit of this immunity.  Nor should a platform receive blanket immunity for continuing to host known criminal content on its services, despite repeated pleas from victims to take action.

The department also proposes to more clearly carve out federal civil enforcement actions from Section 230.  Although federal criminal prosecutions have always been outside the scope of Section 230 immunity, online crime is a serious and growing problem, and there is no justification for blocking the federal government from civil enforcement on behalf of American citizens.

Finally, the department proposes carving out certain categories of civil claims that are far outside Section 230’s core objective, including offenses involving child sexual abuse, terrorism, and cyberstalking.  These amendments, working together, will be critical first steps in enabling victims to seek redress for the most serious of online crimes.

‘No One Will Tell Us What Our Laws Should Be’: Taliban Official Says They Will Bring Back Extreme Punishment