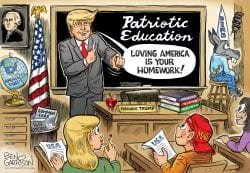 Everyone gets an “A”,  A for America First!

President Trump has announced he will sign an executive order to restore patriotic education to our schools. 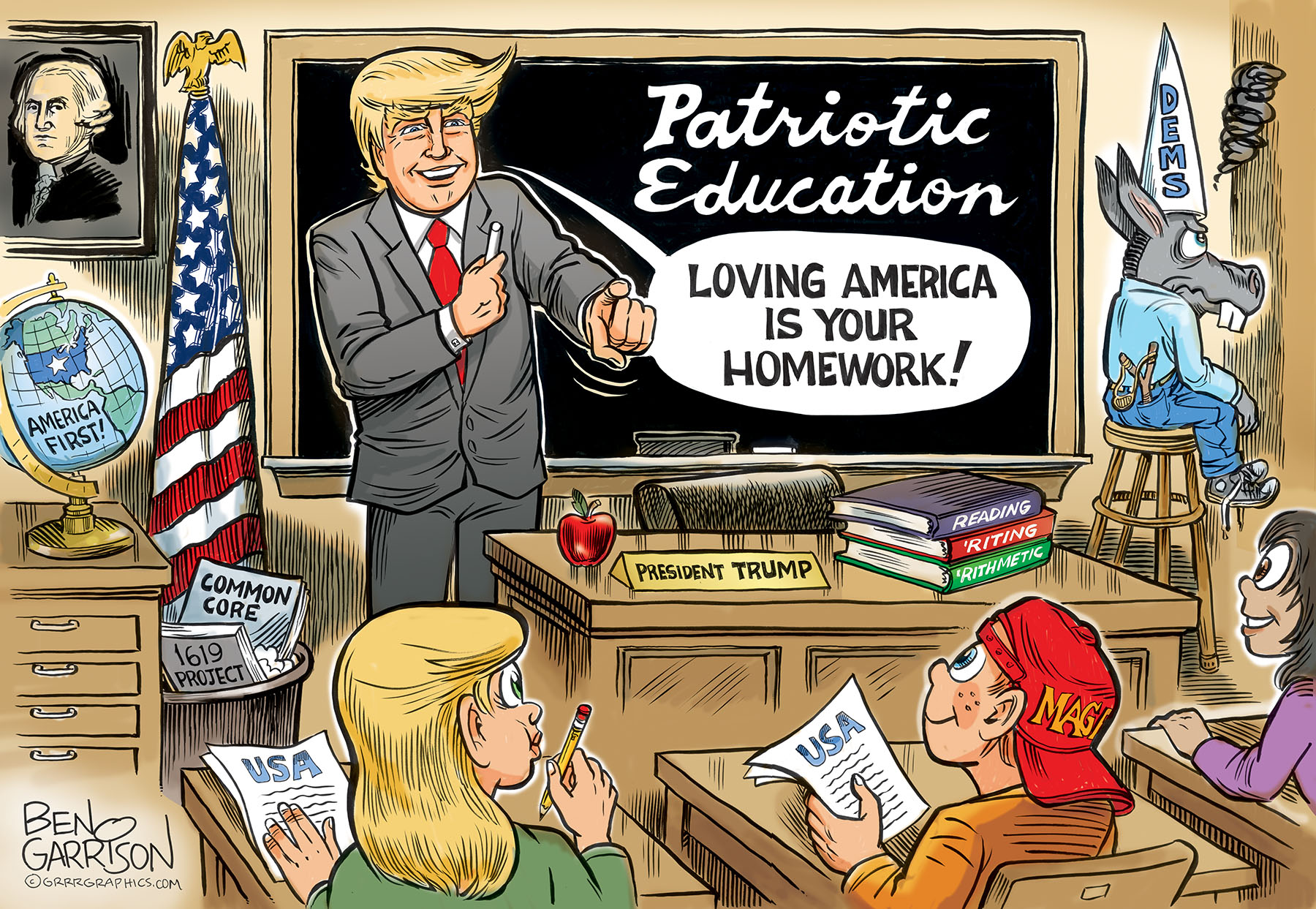 No one can deny that our education system is churning out students who can barely read or write. The one thing they are experts in is hating America and the Founding fathers. American history isn’t taught in a balanced way. Emphasis is put on the recent history of the 196o’s and how America was founded as a racist country by racist Founders. Our school systems have been turning out radical Left activists and brainwashed uneducated sheep that are taught to obey the state.

This has been a problem for 40 years. The dirty communist hippies of the 1960s are entrenched in colleges and schools. They are convincing our youth that socialism is the only way forward for racial “justice”.

A nation can not survive if future generations are taught the nation is racist and evil. It will be destroyed from within.

Trump realizes this and is taking the first steps to right this situation.

The 1776 Commission will teach the real history of America, both good and bad. Children will learn of American heroes and events that shaped the country as the most exceptional and free nation in the world.

Of course, this pisses off the communists like Susan Rice. Trump is over the target as usual.

Rice commented on the 1776 Commission saying, ” is the most communist, retro, crazy thing I’ve heard out of Donald Trump’s mouth in a while.”