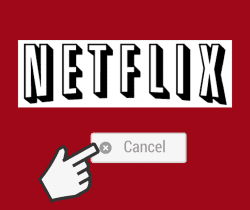 Traffic to Netflix’s United States cancellations page spiked 187% after the release of “Cuties,” according to company tracking apps and website usage.

The page shows when users have successfully canceled a subscription, Business Insider reported.

News of the spike in visits to Netflix’s cancelation page comes after Netflix saw unprecedented growth in subscriptions during the coronavirus pandemic as lockdowns forced people to stay indoors.

“Cuties” sparked debate on social media over its depictions of little girls and suggestive dancing. Director Maïmouna Doucouré said in an interview with Deadline that she hoped “Cuties” would “make a big change in this world that hypersexualizes children.”

“I really put my heart into this film,” Doucouré told Deadline. “It’s actually my personal story as well as the story of many children who have to navigate between a liberal Western culture and a conservative culture at home.”

“Hopefully they will understand that we’re actually on the same side of this battle,” she said of critics ahead of the film’s release.

Meanwhile, multiple Republican lawmakers have called for the Department of Justice to take action against the movie.

“As a father of young daughters, I find it sickening,” Republican Indiana Rep. Jim Banks told the Daily Caller. “Not only is this movie fodder for pedophiles, it encourages very young girls to defy their parents’ wishes and share pornographic images of themselves with strangers.”

A review of the movie by the Daily Caller News Foundation found that “Cuties” not only includes many close up shots of little girls’ crotches and buttocks, but also shows the children viewing pornography and discussing sexual acts. Additionally, it shows one girl photographing her genitalia, among other suggestive scenes.

“Our culture has come a long way in recent years, recognizing the power of television, movies and magazines to affect young girls,” he added.

Netflix declined to comment to the DCNF Tuesday on reports that Netflix shares had fallen in the aftermath of outrage over the film. Netflix did not immediately respond to a request for comment Thursday regarding visits to Netflix’s cancelation page.

Traffic To Netflix’s US Cancellations Page Spiked 187% After ‘Cuties’ Release is original content from Conservative Daily News – Where Americans go for news, current events and commentary they can trust – Conservative News Website for U.S. News, Political Cartoons and more.

About the Future of Transportation

About the Future of Transportation