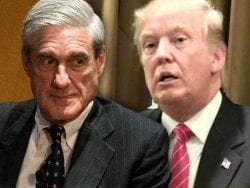 Former FBI Director James Comey has agreed to testify before the Senate Judiciary Committee on Sept. 30, according to South Carolina Sen. Lindsey Graham.

Graham, the Republican chairman of the Senate panel, said in an interview with Fox News’ Sean Hannity that former special counsel Robert Mueller has declined a request to testify about his investigation.

“He says he doesn’t have enough time,” Graham said of Mueller.

According to Graham, the committee is likely within the next 10 days to interview the two FBI employees who interviewed Igor Danchenko, the primary source for Trump dossier author Christopher Steele. The Republican also said that the committee is negotiating with former FBI Deputy Director Andrew McCabe over a hearing appearance.

“The day of reckoning is upon us when it comes to Crossfire Hurricane,” Graham told Hannity.

Graham has followed up on a Justice Department inspector general’s investigation which found that the FBI under Comey’s watch misled the Foreign Intelligence Surveillance Court in order to obtain surveillance orders against former Trump aide Carter Page.

A report from the IG’s investigation said that investigators withheld information that undermined the credibility of the Steele dossier, which alleged that the Trump campaign conspired with the Kremlin to influence the 2016 election.

According to the IG report, Danchenko, a Russia analyst, told the FBI and Justice Department during interviews in January 2017 that Steele embellished parts of the dossier.

An FBI counterintelligence agent and a supervisory intelligence analyst took part in the interview. The IG report said that the FBI relied heavily on the dossier in applications to surveil Page, but failed to include information from Danchenko that undermined the salacious document.

Graham said that he wants to find out which FBI officials were told about Danchenko’s statements during the interviews.

“Now who did the intel analyst and the case agent tell?” Graham said in the interview with Hannity. “We’re going to talk to them in the next week to ten days.”

The case agent has been identified as Steven Somma, a veteran counterintelligence investigator in the FBI’s New York Field Office. Somma was involved in several aspects of Crossfire Hurricane. In addition to interviewing Danchenko, he was the FBI handler for Stefan Halper, a confidential source who secretly recorded Carter Page and George Papadopoulos, another Trump campaign aide.

The IG report said that Somma (who is referred to as “Case Agent 1” in the report) was the first FBI investigator to propose applying for a FISA warrant against Page.

Graham requested documents in May related to Brian Auten, an FBI supervisory intelligence analyst. The FBI has declined to say whether he is the analyst discussed in the IG report.