When President Trump first became president he wasted no time in making America great again as his slogan promised. He got rid of 150 of Obama’s job-killing regulations, cut the business tax from 35% to 21%, and the small business tax from 21% to15% thus creating more jobs in every demographic and lowering unemployment to 3.5 % the lowest in 50 years. Then the horrible Chinese plague was released and hit our shores. China could have contained it but they let it out throughout the world.

Although this is a serious virus and deadly, instead of unifying behind the president to save the country, certain democrats and deep state persons are politicizing it and using it to get rid of Trump – it is not working.

Now, we have had several iterations of the Big Con over the past few years, with a rotating cast, including James Comey, John Brennan, James Clapper, Joe Biden, Susan Rice, Kamala Harris, Hillary Clinton, and Barack Obama. All schemed and conspired with the sole objective of destroying Donald Trump, his family, and the presidential administration. 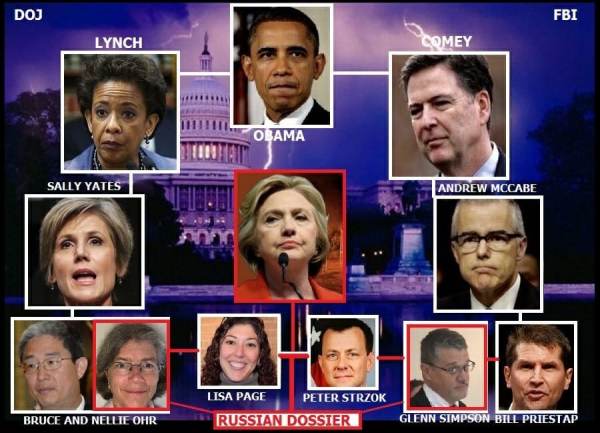 Deep State operatives have controlled much of the government for decades, shaping the policies of both Republican and Democrat presidents.

They were horrified when Donald Trump was elected because they feared he wouldn’t let them run things.

Call it what you will, but the Deep State is a real thing and it has existed probably since the very creation of our great Republic. Some call them faceless bureaucrats, others say they are more of a “ruling class,” and some even believe they are part of a larger one-world government cabal. But the election of Donald Trump changed all that.

And it’s all because the Deep State operatives, so well hidden for years, started coming out of their basement offices and dark corners to attempt an actual overthrow of an elected U.S. President.

Because if there is one thing the Deep State and anti-Trump forces can’t stand, it’s that he is remaking American foreign policy. And they aren’t involved! This means less war, less death, and less profit for their buddies. And that simply can’t be allowed.

Ever since the novel and fast-spreading coronavirus pandemic arrived on our shores, the political left and worrywarts of our nation have pushed the idea that this disease is one of the worst we have ever seen. The fear of it, partially brought on by its newness and, therefore, all of the unknowns, pretty much shut our entire nation down and forced us all to look at our friends and family members as death threats.

However, the Centers for Disease Control or CDC just came out with a report that gives evidence to the fact the disease isn’t nearly as deadly as we all were led to believe. In fact, if the science is right, a colossal 94 percent of all those who supposedly died from COVID since it was introduced actually died from something else. 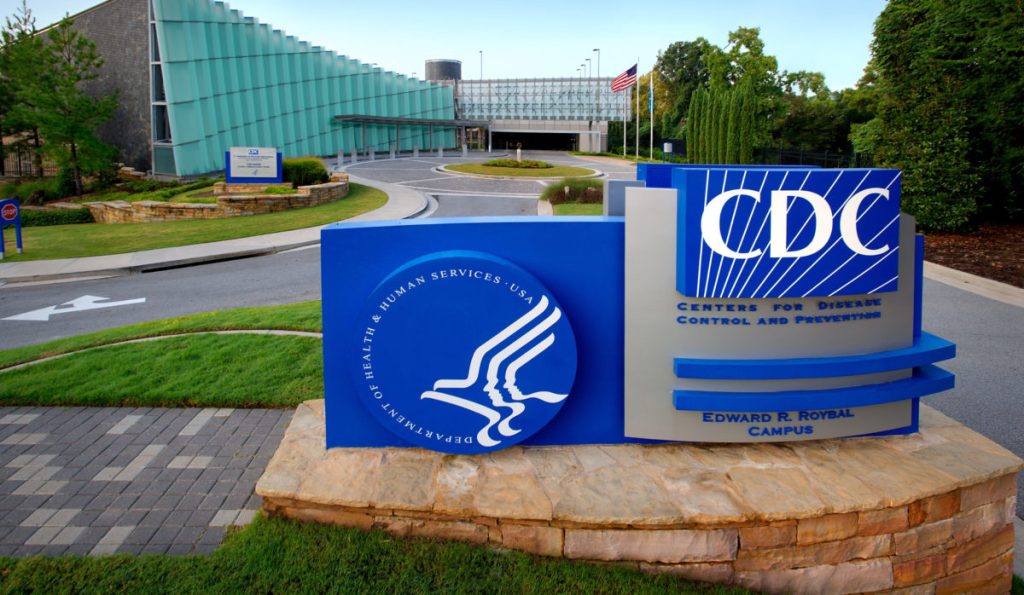 This means that of the nearly 170,000 deaths the United States has seen ‘due to COVID,’ only a mere six percent can actually be blamed on the disease itself.

Though, this really shouldn’t be all that surprising. After all, early on during the pandemic, the CDC changed its guidelines to allow hospitals and nursing staff to report deaths as being caused by COVID even if it was just a contributing factor. Furthermore, their rules stated that if it was even “assumed” that it was COVID, based on symptoms, it could be noted that the patient died of the novel disease. In some cases, tests were never even given to confirm the patient had the virus.

Recently, Dr. Anthony Fauci and Deborah Birx have just joined in the Big Con game as the grifters and swindlers, using the Chinese Coronavirus as their con weapon to stop President Donald Trump from winning the second term in the Oval Office. 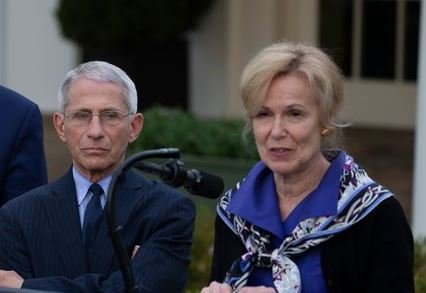 Recently two significant supports of coronavirus con collapsed, and those two were deaths and positive tests. Back in April, the real news was all about the rising death counts.

The funny thing is that Fox News was tallying the death counts as the football scoreboard machine as if some betting was going on over the death counts. The cable news channels were talking about nothing but the rising death counts due to the Chinese virus, with the sole intention of injecting fear into the people’s mind to justify the recommendation of staying at home and crushing down the entire US economy.

The first crack in the pillar of the Big Con show appeared in early May when Birx stated that she doesn’t trust CDC and, according to her, CDC was inflating the mortality rate of the Chinese virus by as much as 25%.

The pillar of COVID death schemes crumbled a few days ago after CDC updated the mortality rate revealing the death from coronavirus versus death with coronavirus.

Death with COVID means that George Floyd’s death was counted as a COVID death as he tested positive from the autopsy result. Similarly, a Colorado man died of alcohol poisoning, but later his autopsy result showed that he was COVID positive also. Washington Public officials counted gunshot fatalities also as COVID deaths.

The new statistics published by CDC have shown that only 6,640 deaths are due to COVID alone rather than 164,280 deaths allegedly associated with COVID. Only 4% of the media-hyped deaths were due to COVID only, not other underlying medical conditions.

The CDC has given the exact percentage of the total deaths due to COVID alone, which is 6%.

People with comorbidities such as diabetes, hypertension, heart diseases, and terminal cancer are with the increased risk of deaths from COVID, while healthier and young people are unlikely to die from Coronavirus and shutting down the whole economy to protect the healthier people make no sense at all. So, one thing is confirmed that the destruction of the economy is the ultimate goal of all these con artists associated with the Big Con game.

Very obviously, this new data got little attention in the DNC’s purchased media houses, and it was covered only by conservative news sites like Gateway Pundit. The social media giant Twitter was also running the DNC agenda and started blaming the updated numbers on QAnon and has been removing all the tweets discussing the new and updated data.

As death counts became suspicious and the number of testing ramped one, the DNC media recently started focusing on Positive Tests to justify their ill-objective of closing down the economy.

In an article on the Absolute News website they said that on September 2, the New York Times reported the CDC asked states to begin preparing vaccine sites just in case a COVID-19 vaccination was ready in early November. During a Labor Day press conference, President Donald Trump once again reiterated how close the scientists working on the Operation Warp Speed program were to completing their work. In fact, he said a vaccine might become available even sooner than expected.

The president told reporters the US is going to “produce a vaccine in record time.” One may even be available in October. Those who are concerned about its safety can rest easy, because it’s going to be “very safe and effective.”

Trump also said the fatality rate for COVID-19 has been reduced by 85% since April. The country’s top health officials have made it clear, the administration will not approve a vaccine that isn’t safe for the public, despite the Left’s insistence the president is doing it for political reasons.

The vaccine is expected to help reduce it even further. If the immunization is ready in the fall, experts don’t expect it to be widely available at first. Instead, the country’s most vulnerable, including healthcare workers, will likely receive it first.

Enter Globalist Bill Gates and his vaccine program. The W.H.O. Admits That Gates-Backed Vaccines Have Caused Recent Polio Outbreak in Africa, The World Health Organization (WHO) is admitting that the vaccines pushed by the likes of technocratic overlord Bill Gates and other globalists have caused a polio outbreak in Sudan that is now spreading across Africa. 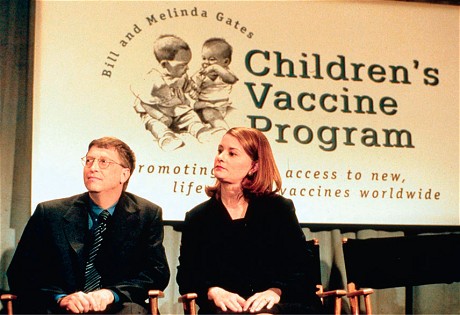 These type of vaccinations are being pushed with the backing of the Bill and Melinda Gates Foundation. The infamous organization is behind a consortium known as the Global Polio Eradication Initiative (GPEI). They have made massive strides to pump these potentially dangerous shots into third-world children the world over.

It’s no longer just the third-world children who are being exploited by Gates and his teams of mad scientists. Big League Politics has reported on Gates’ frenzied push to introduce experimental COVID-19 vaccines to the public.

Some countries threw them out when they realized what they were doing to their children.  They were also sterilizing hundreds of thousands of women, lying to them it was a contraceptive.

Gates is a globalist who believes in the New World Order by 2030 and that the population should be decreased from its current 5 billion. Gates wants the world’s population to get down to around 900 million.

He’s doing a great job in Africa killing off the locals. His organization has been kicked out of India and Africa for this travesty. He is a wolf in sheep’s clothing.

Meanwhile, As the rest of Europe and the world remains under the grip of draconian rules and the threat of new lockdowns, Sweden, which allowed its citizens to remain free throughout the entire pandemic, has pretty much declared victory over the coronavirus.

The Great Covid Con is original content from Conservative Daily News – Where Americans go for news, current events and commentary they can trust – Conservative News Website for U.S. News, Political Cartoons and more.