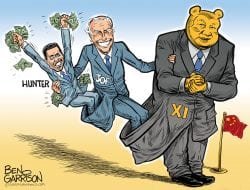 Who’s In YOUR Pocket?

Donald Trump called Biden “Sleepy Joe,” but I have a better nickname for him: China Joe. 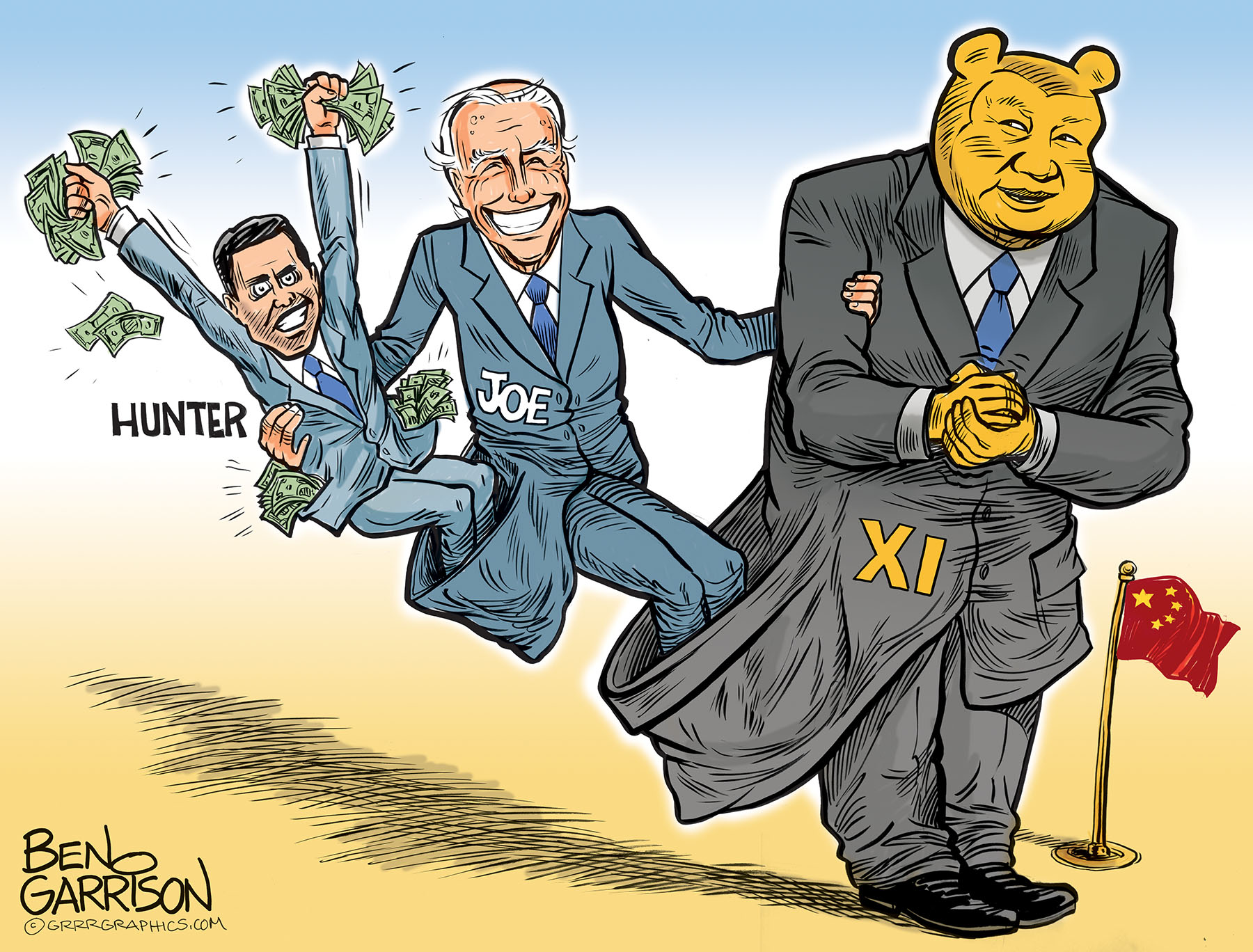 When President Obama launched the U.S.-China Strategic & Economic Dialogue in 2009, he assigned then-Vice President Joe Biden to lead it. Joe flew to China with his son Hunter and they both got the red carpet treatment from top Chicom leaders.

JOIN US ON THE 2020 FRONT LINES DIGITAL SOLIDER, SUPPORT CARTOONS AT PATREON OR AT SUBSCRIBESTAR-SEE EVERY CARTOON EARLY BEFORE IT’S RELEASED TO THE PUBLIC!  CLICK TO VIEW!

Why did his disgraced son accompany Joe? Hunter got kicked out of the Navy for his cocaine abuse. Hunter knew nothing about China or trade, but he left with a billion-dollar deal for his investment company, Rosemont Seneca Partners. It didn’t stop there. Hunter became involved with many deals with China, including involvement with mergers of American technology companies with the Chinese military, who desired American technology. Obama approved.

This is graft on a grand scale, but Hillary, Obama, and many others including Pelosi do the same thing with no accountability. How else have they all gotten so fantastically rich from politics? The Democrats are a criminal party. Joe Biden is not only a corrupt political hack, he’s also a traitor in the pocket of President Xi.

Biden came back from China and stated, “A rising China is a positive development.” It sure was for his son, but not for America’s middle class. Trump knew all along that China’s rise brought danger to our security as well as the destruction of American jobs. Trump wants to repair the damage done by Biden and Obama, but it requires his re-election.

China Joe must be defeated.

Only National Conservatism Can Unite The West And Contain China

Joke of the G7, Pathetic Pandering to Putin, and Bye-Bye Bibi: The Week in Review