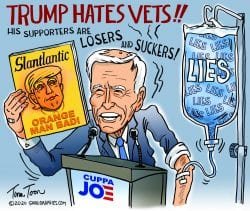 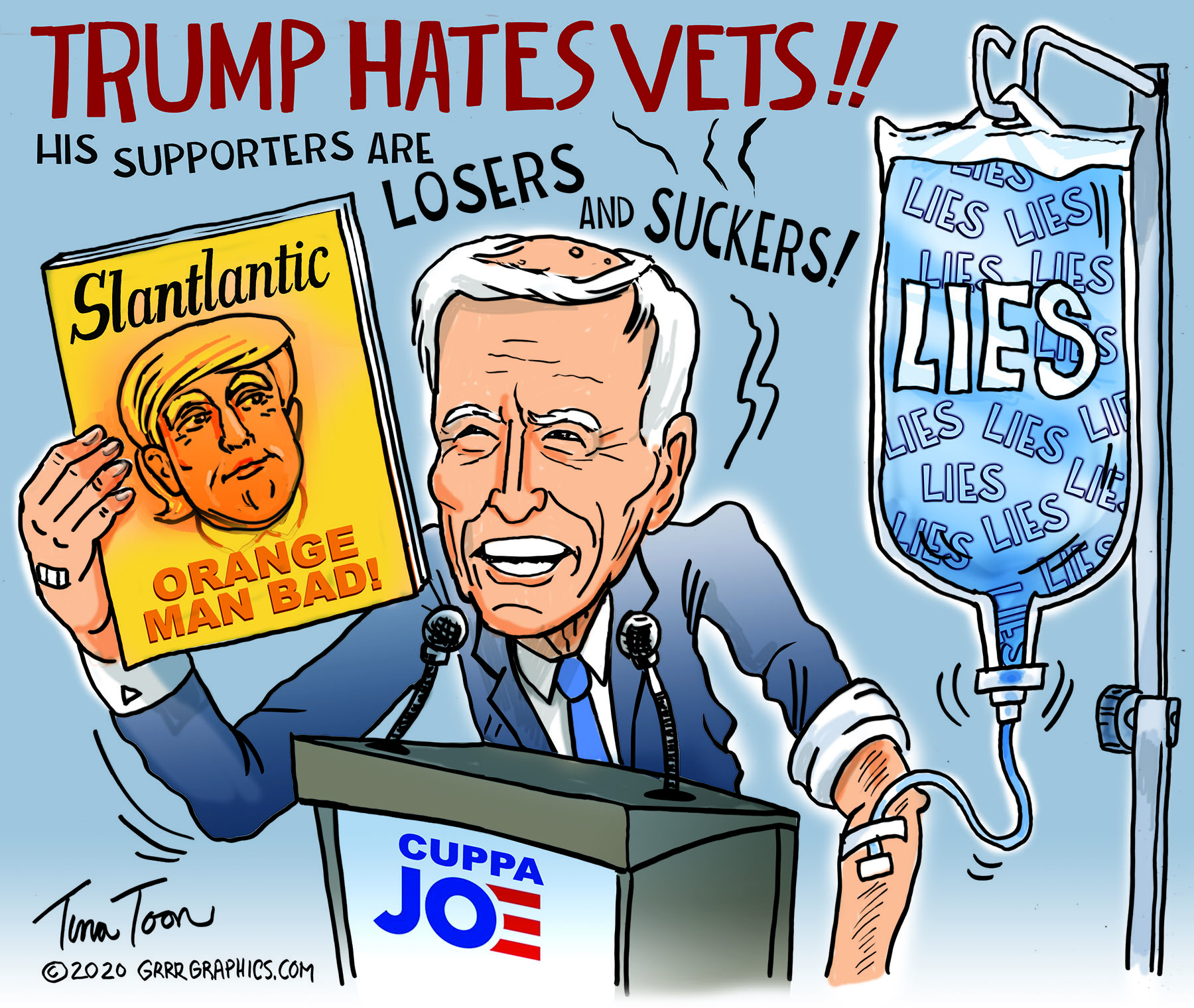 Joe Biden, when he can find his place on the teleprompter, is using the debunked Atlantic magazine story to attack Trump and his supporters.

The Fake News Goldberg story claims Trump hates our Veterans and called them losers and suckers. Goldberg (a known propagandist) cites his “anonymous sources” which usually means fake news.  There have been 21 people that came forward to debunk the lies about the President and not one of the sources for the so called story has come forward with evidence that is is true.

When and why did this story drop?

“The Atlantic” article dropped shortly after Biden received no bump from his convention while Trump did get a bump in the polls after his convention. Biden immediately amplified the Trump smear in the magazine, which was nothing but pure fabrication. Anytime a shift in the polls goes against the Democrats, they tend to drop huge bombshell lies such as saying Trump insulted veterans.

John Bolton hates Trump but even he said the president would never say such a thing. Trump always expresses support and admiration for the troops.

JOIN US ON THE 2020 FRONT LINES DIGITAL SOLIDER, SUPPORT CARTOONS AT PATREON OR AT SUBSCRIBESTAR-SEE EVERY CARTOON EARLY BEFORE IT’S RELEASED TO THE PUBLIC!  CLICK TO VIEW!

Anytime the lying mass media quotes ‘anonymous sources,’ it can be assured it’s a lie. The mainstream legacy media are part of the Democrat Party now. Can’t be trusted.

The lies told by Biden will become numerous and vocal as the election nears and the Democrats become more fearful and desperate.

Support Cartoons with a donation at Pay Pal! Click to donate

Biden is a shell of a man being used by the Deep State as a trojan horse in order to usher in their globalist policies and remove Trump from office.

We can’t let them win in November! This is all out war to save our nation! Vote in person!

Note: We are an Amazon Associate. Your purchases on Amazon via our links will support Ben and Tina’s cartoons- At no extra cost to you! Please click and send some love!
Amazon Home Page

Special Edition: The biggest prints we have ever made!

Advertised as being “the best political cartoonist” in the world, Ben Garrison presents, “Trump 2020-D!”

Only 100 will ever be printed.

Your purchase goes to support our country, the MAGA movement, and President Trump!

Order yours today by clicking the “Add To Cart” button below.