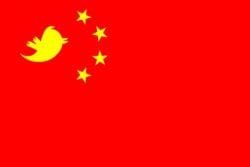 Twitter suspended Donald Trump Jr., but not one of China’s chief spokesmen, after being accused of spreading false COVID information.

Chinese politician Lijian Zhao said in his March 12 tweet that the United States Army might be responsible for bringing the virus to China.

“It might be the US army who brought the epidemic to Wuhan,” Zhao, the spokesman and deputy director of the Foreign Ministry’s Information Department said in the tweet. He also falsely suggested in the tweet that the Centers for Disease Control and Prevention Director Robert Redfield was arrested.

The Daily Caller News Foundation reported in May that Twitter did not flag the spokesman’s tweet until after the company had already labeled a President Donald Trump tweet from May 26 as misinformation. In his tweet, the president argued that California’s mail-in ballot measure would encourage fraud.

Twitter told the DCNF in March that Zhao’s tweets did not violate the company’s rules at the time. The social platform later updated its policies, effectively making tweets from world leaders subject to misinformation labels, the company noted in a May 11 blog post announcing the rule change.

Twitter temporarily suspended Donald Trump Jr. on Tuesday after he shared a video of doctors talking about hydroxychloroquine, the Daily Caller reported. The video showed doctors in Washington, D.C. discussing their positive experiences using the drug to treat COVID-19.

Twitter said the video violated their “policy on spreading misleading and potentially harmful information related to COVID-19,” according to a letter the social platform sent to Trump Jr., which was shared with the Daily Caller by his spokesman.

Evidence of hydroxychloroquine’s effectiveness against COVID-19 has been mixed, the DCNF reported earlier this month.

The virus began in China before spreading to the U.S., where it has reportedly killed 149,00 people, according to data from John Hopkins University.

CDC director Robert Redfield admitted some Americans who seemingly died from influenza were tested positive for novel #coronavirus in the posthumous diagnosis, during the House Oversight Committee Wednesday. #COVID19 pic.twitter.com/kk7q0bKE6p

Zhao’s theory about the virus’s origination accelerated after Chinese embassy accounts in France and Jordan retweeted his post, NBC News reported in May, citing data from the Alliance for Securing Democracy.

Chinese accounts “have become more aggressive, more conspiratorial, and the ones who have done that are their most popular accounts and have by far the most engagement,” Bret Schafer, the digital disinformation fellow at the alliance, told NBC News.

Zhao told his Twitter followers on March 13, “Further evidence that the virus originated in the US,” before linking to a blog post that suggested the virus leaked from Fort Detrick, a U.S. military base that houses infectious disease research.

FLASHBACK: Twitter Never Suspended Chinese Spokesman After He Blamed US For COVID Outbreak is original content from Conservative Daily News – Where Americans go for news, current events and commentary they can trust – Conservative News Website for U.S. News, Political Cartoons and more.