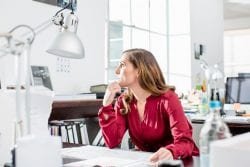 With the development of the nuclear bomb, mankind acquired unprecedented potential for committing both murder and suicide. This was the creation of the “precipice” that the Oxford philosopher Toby Ord referenced in the title of his serious and important new book “The Precipice: Existential Risk and the Future of Humanity.”

Ord wrote: “At that moment, our rapidly accelerating technological power finally reached the threshold where we might be able to destroy ourselves. The first point where the threat to humanity from within exceeded the threats from the natural world.”

In “The Precipice,” Ord discussed existential risk — risks, in his words, “that threaten the destruction of humanity’s long-term potential,” either through outright extinction or through permanent societal collapse. These include more immediate threats, like nuclear weapons and environmental collapse, and more speculative risks, like unaligned artificial intelligences.

Ord is no frigid doom-monger. He said that mankind’s future is “ripe with possibility” and that “we are likely to make it through this period.” Still, he swiftly follows this comforting prediction with the point that we are dealing with “uniquely high stakes.”

“If we continue to let our growth in power outstrip that of wisdom,” he wrote, we “should expect [the] risk to be even higher next century, and each successive century.”

In the spirit of being constructive rather than morbid, here are five suggestions for minimizing existential risk, without abandoning individual freedom or economic health.

While coronavirus has not approached the status of an existential catastrophe, it has proved that when it comes to risk, paying less now can mean paying more later. Nations with experience of SARS, like South Korea and Singapore, were far better prepared than nations which should have taken those lessons as well. U.S. politicians and institutions were too short-sighted to address the issues of tomorrow as well as the issues of today, and this should change.

But how much can we trust institutional foresight? As New York Times columnist Ross Douthat noticed, eccentric anonymous right-wing users of Twitter were more prescient about the threat of coronavirus than the World Health Organization or the Center for Disease Control. If you had listened to those weirdos, you would have bought a mask and avoided mass gatherings. If you had listened to the New York Commissioner of Health, you would have taken public transport into town for lunch.

The anonymity and independence of online posters left them free to analyze the situation without the constraints of institutional incentives, which can bias state and corporate functionaries with concerns about their and their colleagues’ careers. This example illustrates the potential value of tools like “superforecasting,” where people compete to make the most successful predictions, in integrating the skills of outsiders into assessments of risks.

There are more and less acceptable sources of risk. Some are simply unacceptable. Whether COVID-19 originated in a wet market or not, for example, it is absurd for a state to accept the existence of a market in a luxury good that has the potential to cause such chaos. Not dissimilarly, it is absurd that we accept the dangerous and cruel realities of factory farming merely to suppress the prices of animal products.

Other sources of risk present more challenging problems because they have more upside. Artificial intelligence is potentially dangerous if AIs transcend human control, for example, but also has significant potential blessings, such as discovering new medicines.

Is that worth even a small risk of existential catastrophe? Ord suggested that research into dangerous new technology could be slowed so problems and solutions can be assessed with appropriate care. But he doubted that this would be successful. If some nations did not produce dangerous technologies, Ord said, “work would just continue in the least scrupulous countries.” There is something to this. We can hate the existence of nuclear weapons yet still find relief in knowing their ownership was not monopolized by the Soviet Union. But what if technology became more powerful than nuclear weapons? And what if it became harder to control?

This might be unpopular to say, but the United States has to cooperate with China. This might be doubly unpopular, but the United States has to cooperate with Russia. The world simply cannot afford another arms race. We do not think of the Cold War with as much horror as the First World War or the Second World War because it never became “hot” (or, at least, not directly so). But Ord reminds us that it could have done. We all know about the Cuban Missile Crisis but there were other, more farcical nuclear near misses. Captain Valentin Savitsky almost launched a nuclear torpedo from his submarine under the mistaken impression that war had begun. How can anyone be confident that fallible men and women will sustain our luck — especially if our destructive capabilities become more powerful and accessible?

By no means need this entail idealistic internationalism. What does being “neighborly” mean? Does it mean necessarily liking your neighbor, still less merging your two homes into one? No, it means acknowledging a common interest in not making the neighborhood difficult to live in. As Ord wrote: “While nations occasionally act for the greater interest of all humankind, this is the exception rather than the rule. Multilateral action can resolve this tragedy of the commons, replacing a reliance on countries’ altruism with a reliance on their prudence.”

For all the great powers of our time might disagree politically and economically, the minimization of existential risk is the one subject where cooperation must be sought. You can compete with your neighbor over who has the nicest house, and the nicest car, and the most beautiful wife, but you cannot compete over who can build the most powerful explosives indefinitely without blowing up both your houses.

Another small lesson of coronavirus is that you cannot prize the comforts of globalism above the security of national independence. How phenomenally short-sighted it was, for example, to not just close our eyes to pandemic risk from China but to give them a monopoly on the production of protective equipment. Avoiding future pandemics, but also international conflicts and terrorism, will depend on an ability to seal one’s nation off from the world and survive. This does not mean embracing a caricatured nationalism of absolute isolation, but it does mean renewing industry and making a commitment to the national self-interest to the point where institutions and elites are prepared to pull up the drawbridge if necessary.

Of course, a reasonable concern with the ideas of Ord’s book is that unnecessary fear of apocalyptic events will lead us to inflict harm on ourselves in order to avoid calamities that only loomed in our imaginations. As much as there are biases which tempt us towards understating existential risks, there are also their opposites. In the 1970s, predictions of a new ice age chilled the hearts of men, but those worries melted as the globe began to warm. In addition to creating baseless concerns, a tendency towards apocalypticism can blow genuine dangers out of proportion, and with dangerous effects. In an uncharacteristically sharp Vox essay, Kelsey Piper wrote about how extremes of climate change alarmism could inspire “too much despair about the future to even bother working on it.”

We can neither stroll off the precipice and into existential catastrophe nor hurl ourselves off the opposite side of the ridge into a self-inflicted disaster. It is hard to imagine a species as clumsy as ours striking that balance, but if men as careless as Krushchev and Kennedy could manage it, we can as well.

Yet being thoughtful is not just about rational. It is also about reflecting on the forms of human life we want to sustain. Ord wrote about something he called the “Long Reflection,” in which, having achieved “existential security,” man reflects on what “visions for humanity would be the best realization of our potential.” This sounds a bit starry-eyed to me, yet also it is only when we have at least some idea of what kind of future we want to have that we know how much risk we are prepared to tolerate. Otherwise, history makes the choice.

Ben Sixsmith is an English writer who has written for The Spectator, Quillette, First Things and the American Conservative among others.

“The Precipice: Existential Risk and the Future of Humanity” was written by Toby Ord and published by Bloomsbury Publishing and Hachette Book Group.

The views and opinions expressed in this commentary are those of the author and do not reflect the official position of the Daily Caller News Foundation or Conservative Daily News.

SIXSMITH: On The Precipice: Five Lessons for Avoiding Societal Catastrophe is original content from Conservative Daily News – Where Americans go for news, current events and commentary they can trust – Conservative News Website for U.S. News, Political Cartoons and more.