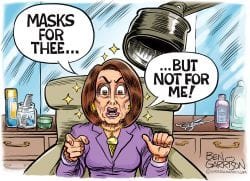 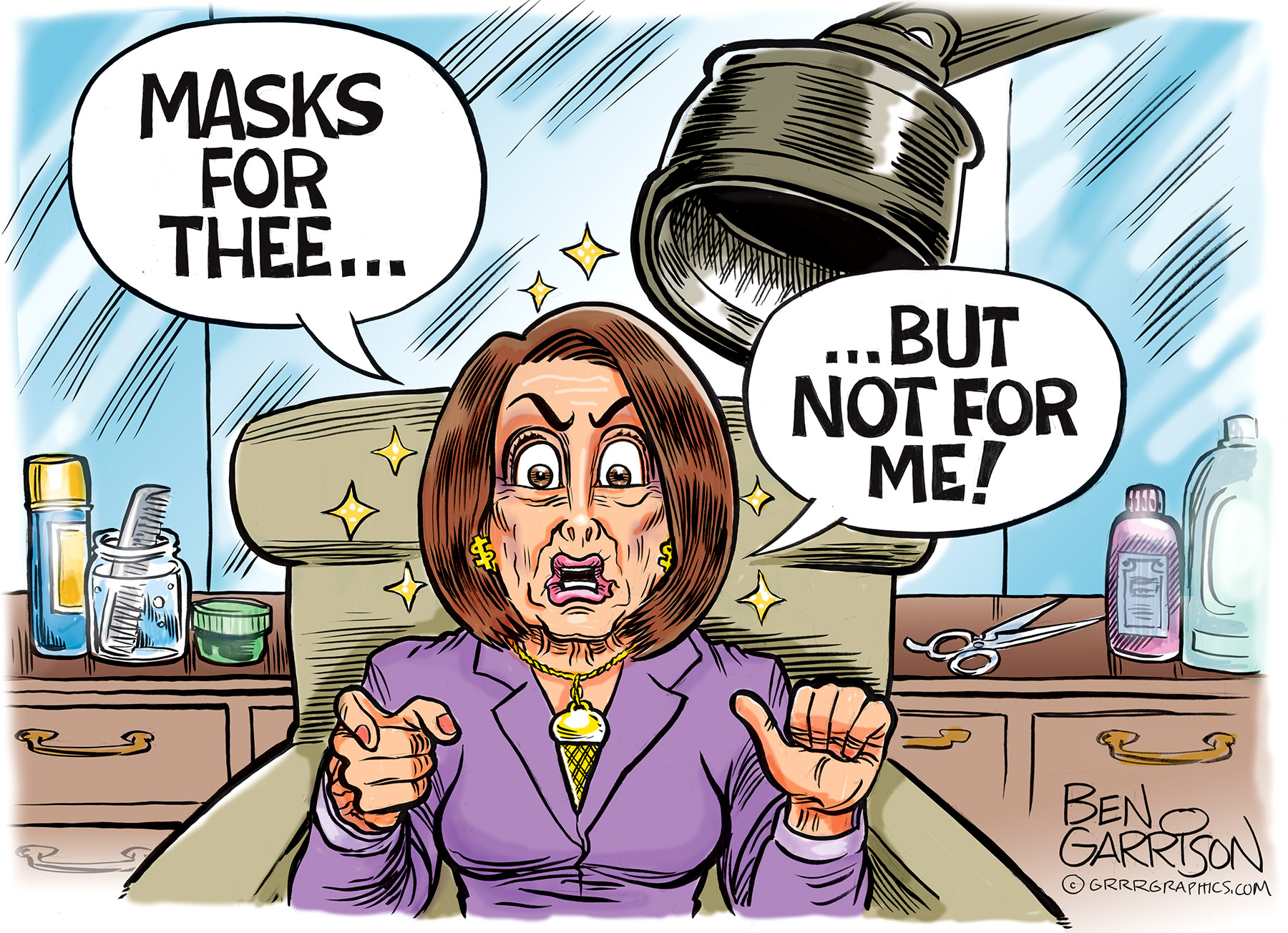 “Do get your blowout & wash without a mask”

“Don’t admit it it was your fault”

“Do blame everything on the salon tricking you with a “setup”

“Do celebrate FakeNews covering for you with a bowl of gourmet ice cream!”

Nancy Pelosi answers only to her donors. She doesn’t care about her constituents or any other American. She cares about her money and her power. She helped create ‘mandates’ that require people to wear masks and shut down their businesses, but she is above any law and does as she pleases. She’s part of the government royalty and treats citizens as serfs. If they’re starved for freedom and justice…well, let them eat ice cream.

When she was caught violating her own dictates, she blamed Trump. Yep, her not wearing a mask and privately visiting a hair salon was a set up arranged by the president. Fauci and the ruling Illuminati are the same way. Fauci wore a mask at a news conference and told Americans we needed to wear them. He promptly yanked his mask down when he thought he was off camera. Masks are only for their subjects. “Mask up and shut up.” That’s what the ruling elite want for their sheeple slaves.

Pelosi and the elite consider themselves to be more equal than others. Hillary is the same as Pelosi. Laws do not apply to them. They are narcissistic sociopaths who enjoy telling others what to do, while enjoying their own brand of freedom. Caught in hypocrisy? They will never admit wrongdoing. Instead they blame it on others. That’s what Pelosi does. Right now she’s probably laughing about the fuss made over her hairdo as she enjoys a pint of rare and expensive ice cream.